My New York - The City for Culture, Foodies and Adventure 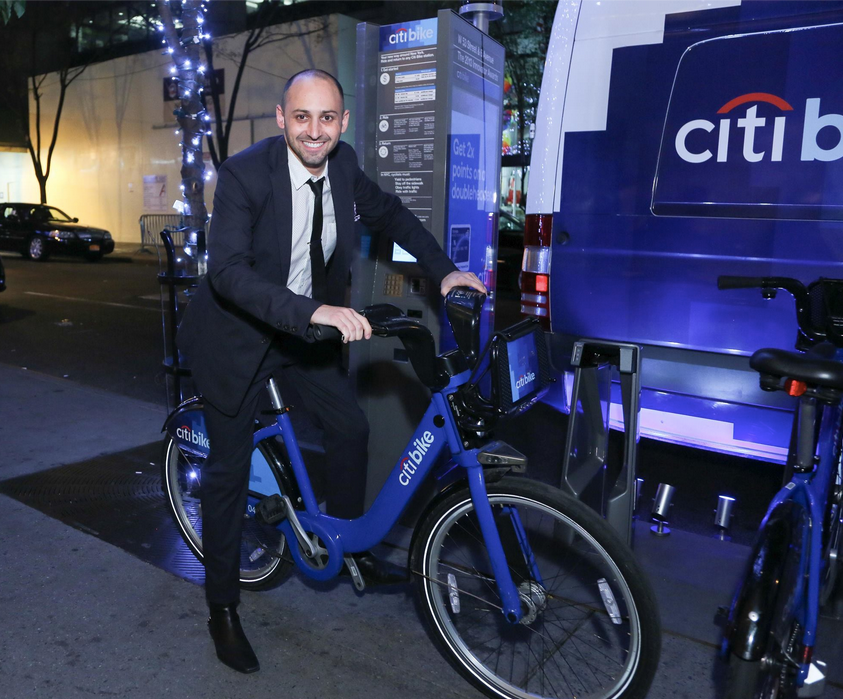 My New York - The City for Culture, Foodies and Adventure
This post contains references to products from one or more of our advertisers. We may receive compensation when you click on links to those products. Terms apply to the offers listed on this page. For an explanation of our Advertising Policy, visit this page.

This week, we introduce you to the TPG staff based far and wide across the United States and Europe. To learn a little more about them, they're sharing with you their experiences in the destinations that they call home. Today, meet Creative Director Adam Daniel Weiss and his New York City.

New York City is the greatest city in the world.

Let me say it again: New York City is the greatest city in the world.

Having lived here for nearly 12 years (and appropriately enough calling myself a true New Yorker as a result), I have been through a lot with this city. We've been through snowstorms, hurricanes, a blackout and oh so much more. To call a spade a spade, this is an island of trials and tribulations and it's not always the easiest place to live, but it is the easiest place to love. We have so much here that sometimes I feel walking out my front door will bring me a new adventure that I can't wait to tackle.

I live in Hell's Kitchen, on the West Side of Manhattan, a mere five minute walk to Central Park and an easy traipse up to Lincoln Center, a cultural mecca. Home to the New York City Ballet, the New York Philharmonic and several other organizations, Lincoln Center is the largest performance center in the world and it also houses the Juilliard School and the School of American Ballet, where some of the world's best talent matriculates. The area also plays host to Mercedes-Benz New York Fashion Week and several Broadway shows yearly. After undergoing a multi-million dollar renovation a few years back, the compound is bright, digital and stunning. Whether it's a Tony Award-winning show or an orchestral piece, even just sitting in the plaza and taking it all in is an experience in itself.

Moving back down to my neighborhood, a new restaurant popped up several months ago that has become an instant favorite of mine, BarBacon. The restaurant/bar is known for putting bacon in just about everything, from their lobster rolls to their bahn-mi's, it's a bacon frenzy, and I am always willing to sidle up to the bar and sit for one of their specialties, like the Bacon & Beer Flight, which pairs four types of artisanal bacon and local craft beers. It's a bit/incredibly indulgent, but very much worth it.

Towards the southern end of Hell's Kitchen an apartment building called Gotham West recently opened to great acclaim, mostly for it's fantastic new food hall, Gotham West Market. Within the space are a stellar bunch of restaurants and vendors, from El Colmado by Chef Seamus Mullen to Genuine Roadhouse and my personal favorite, Ivan Ramen Slurp Shop where hot fresh ramen is lusciously poured into bowls for you to sit and (as the name implies) slurp. What's great about the space is that they have communal tables, so it encourages you to go with friends and have a smorgasbord of food from all of the delicious purveyors, then finish up with a hot cup of coffee from Blue Bottle Coffee.

After a good meal, it's time to work off the huge caloric intake. I like to go for a nice bike ride and thanks to the good people at Citibank, NYC has a great bike sharing program. Launched over Memorial Day 2013, Citi Bike has 300+ stations throughout Manhattan and Brooklyn that allow you to ride up to 30 minutes at a time throughout the city for only $10, or if you buy a yearly membership for $100, you can use the bikes for up to 45 minutes at a time, as many times as you'd like throughout the year. By inserting your credit card into the kiosks (it can be another card like, the Chase Sapphire Preferred Card, The Platinum Card® from American Express, or the Barclaycard Arrival Plus World Elite Mastercard; it doesn't have to be Citibank), you can access thousands of bikes allowing you to freely explore the city. With improved traffic patterns, dedicated bike lanes and a general public understanding of safety, the program has been heralded as a big success, and a personal favorite mode of transport for me.

I love hopping on a bike and heading out into the world, one of my favorite rides is downtown and across the Brooklyn Bridge where I dock my bike and walk around the waterfront. There are great restaurants and bars around there to spend some time and watch the sun set over the miraculous skyline. However, if you're really in the mood for a ride, heading up to Williamsburg for a beer at the Brooklyn Brewery is an excellent choice. The hometown pride of Brooklyn, the brewery puts out an incredible selection of beers (the classic Brooklyn Lager is my favorite). They give guided tasting tours of the place and on Friday nights they open up their tasting room for anyone to come in. Beer tokens cost a mere $5 each and there are huge communal tables, board games and (get this!) you can even have pizza delivered right to the brewery. It's a fantastic way to start off the weekend.

There are so many things about New York that I love, and the list keeps on growing. Our Broadway shows are at the highest attendance in years, new museums are popping up, starchitects are building our skyline to gorgeous higher and higher heights. Come visit, there is a reason that this is the greatest city in the world.

Do you have a question for Adam about New York or your own favorite spots to share? Post them in the comments below.

Related stories
Why this is the easiest time of the year to earn 5 points per dollar spent
Legislation that could gut credit card rewards set to move through Congress
Would you stay at 1 of these 8 haunted hotels this Halloween?
Southwest winter flash sale: Get one-way flights for as low as $29
Editorial disclaimer: Opinions expressed here are the author’s alone, not those of any bank, credit card issuer, airline or hotel chain, and have not been reviewed, approved or otherwise endorsed by any of these entities.

Our points-obsessed staff uses a plethora of credit cards on a daily basis. If anyone on our team wouldn’t recommend it to a friend or a family member, we wouldn’t recommend it on The Points Guy either. Our opinions are our own, and have not been reviewed, approved, or endorsed by our advertising partners.
See all best card offers
Related stories
News
Why this is the easiest time of the year to earn 5 points per dollar spent
News
Legislation that could gut credit card rewards set to move through Congress
News
Would you stay at 1 of these 8 haunted hotels this Halloween?
Deals
Southwest winter flash sale: Get one-way flights for as low as $29