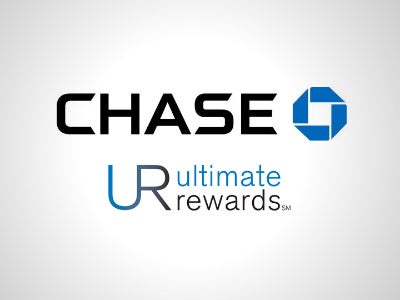 Southwest Airlines Premier Card or Chase Sapphire Preferred?
This post contains references to products from one or more of our advertisers. We may receive compensation when you click on links to those products. Terms apply to the offers listed on this page. For an explanation of our Advertising Policy, visit this page.

This past week, TPG Reader James tweeted me with the following question:

"@thepointsguy Can you help me decide between the Southwest Airlines Premier card and Chase Sapphire Preferred? I usually fly domestic on Southwest, but I want to save up for an international flight."

If you're going to have only one credit card, I always recommend choosing one that's flexible and allows you to transfer out to a number of different programs. We've seen so many recent devaluations and changes in frequent flyer programs that if you're putting all your miles in one basket, you're setting yourself up for failure.

Most airline credit cards offer value by giving you perks like free checked bags, priority boarding, and even fee waivers, but Southwest already gives their customers two free checked bags and offers a flexible ticket-change policy, making the airline's credit card seem redundant. Southwest's co-branded credit cards, which include the Southwest Airlines Rapid Rewards Premier (in Personal and Business varieties) and Southwest Rapid Rewards Plus (also in Personal and Business varieties), don't have great earning potential, either - they give you 2X points per dollar spent on Southwest purchases, but only 1 point per dollar on everything else.

However, all spending - as well as the periodic 50,000-point sign-up bonus (awarded when you spend $2,000 in the first 3 months) - counts towards the Southwest Companion Pass, one of the most valuable airline perks out there, but not towards Southwest's A-List elite status. However, getting the Companion Pass requires a big annual spend: Rapid Rewards members must earn 110,000 points or take 100 one-way flights within a single calendar year. If this kind of spending isn't in your budget (keeping the airline's greatest perk out of your reach), then the Southwest Premier probably isn't the best card choice for you because there are more lucrative cards for earning and redemption.

Since you want to travel internationally, the Chase Sapphire Preferred card is a much better option. The card earns 2X points per dollar on travel and dining expenses, plus a 7% annual dividend on all spending and bonuses. You can transfer Ultimate Rewards points at a ratio of 1:1 to 11 different travel partners, including Southwest, United, British Airways, Korean Air, Virgin Atlantic, Hyatt, Marriott, IHG Rewards, The Ritz-Carlton, Amtrak, and the recently added Singapore Airlines.

Be aware, however, that while you can transfer Ultimate Rewards points to Southwest, such transfers don't count toward the Southwest Companion Pass 110,000-point qualification threshold, nor towards elite status on any airline.

The signup bonus for Chase Sapphire Preferred is 40,000 points (after a spend of $3,000 within the first 3 months), plus a 5,000-point bonus for adding an authorized cardholder and the 7% dividend, but even with only 45,000 points in its favor, my gut still says this is the better card you, James. While the Southwest Premier card's 50,000-point sign up bonus might seem more lucrative, remember that you can really only use those points on Southwest. If you want to go outside the US, Caribbean and Mexico - where merger partner AirTran currently flies until December 28, 2014 - you're going to be out of luck and having the 10 other options from having a Sapphire Preferred will be way more useful.

Both the Southwest Premier and Chase Sapphire Preferred cards have no foreign transaction fees. The Southwest card has an annual fee of $99, but the cardmember anniversary bonus of 6,000 Rapid Rewards points makes up for most of that amount (about $96 in Wanna Get Away Fares). On the other hand, the $95 annual fee for Sapphire Preferred is waived for the first year, but there is no annual bonus aside front he 7% dividend.

If you're only going to get one card, I recommend the Chase Sapphire Preferred. Remember, though, that you can always get more than one Chase card (like the Ink Bold, Ink Plus, Ink Cash or Freedom) - I currently have six! Get one now, and get one down the line, and you can have the best of both worlds.

Share your questions and comments by messaging me on Facebook, Tweeting me @ThePointsGuy, or emailing me at info@thepointsguy.com.

And please see these related posts: