Skip to content
Maximize your travel
Change To UK
News

My four year old and I just took a flight I was someone anxious about, and didn’t think I was going on until a day or so before departure.  This was a United operated flight to the great state of Alaska!  We have all been pretty sick, so I thought we were going to miss the trip, but thankfully we got better enough just in time.  Even before we came down with the crud, I had been a bit anxious about this flight since it is a long seven hours during the day confined to a seat.  My kid is a good traveler, and she has flown farther than that before, but this was a pretty long daytime flight so staying still and occupied was going to be a challenge.  In case you are curious what a seven hour domestic flight to Alaska is like, here was our experience.

It is a long flight, and no one sleeps.

Our flight times were from about 3:15PM Central to what would have been about 10:15PM Central, so honestly I saw very few people sleeping I guess due to the time of day.  I can verify with 100% accuracy my four year old and I didn’t sleep for one minute (though that would have been so awesome if we had!).  The first class cabin was relatively dark for much of the flight, but the economy cabin was pretty bright with many window shades open.  So, be ready for a true seven hour adventure in your airplane seat. 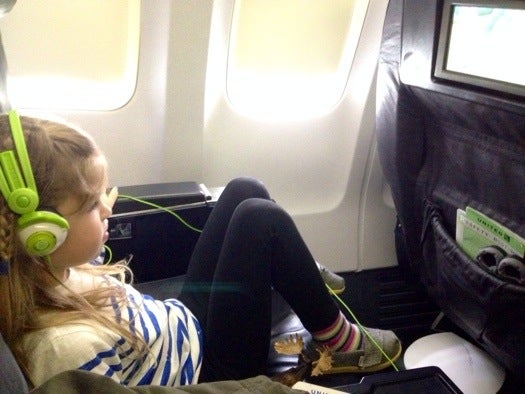 It’s as long as a flight to Europe, but not treated as such.

There are shorter flights from the US to Europe than from Houston to Anchorage and yet this flight is still treated as any other domestic flight.  This is good in some respects (upgrades, using miles, etc), but it means there is no meal service for coach, even though the flight time firmly puts it at dinner time.  I heard many people surprised and pretty unprepared for this.  They sold out of all of the hot menu items, so be prepared with your own food if necessary.  They did still seem to have plenty of snack boxes for purchase so you wouldn’t necessarily starve, but it’s hard to call crackers and goldfish a meal.

The views are amazing.

Once we were over British Columbia, Yukon, etc. the views just got ridiculous outside of the windows.  We just kept staring at the snow capped mountains, lakes, and more.  I would strongly recommend a window seat for this flight as looking out at the marvelous world below makes the time go much faster!  Since it was light the entire way, we were able to sight-see to our hearts content. 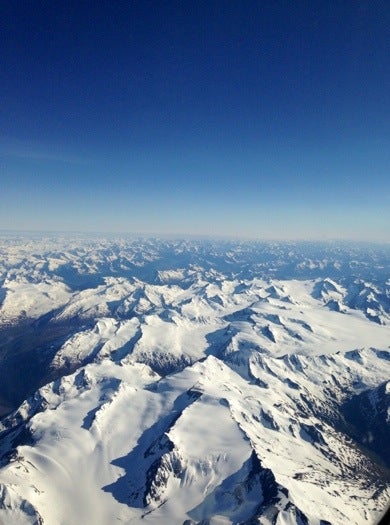 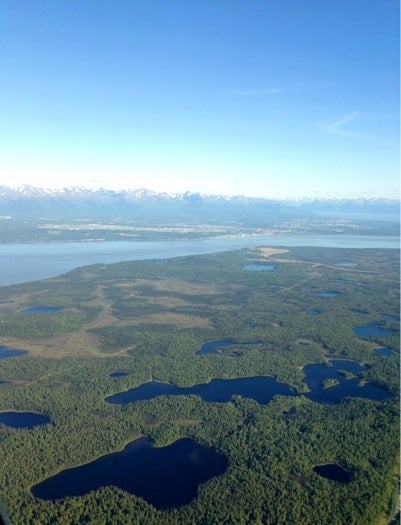 Our United 757 had DIRECTV which was much appreciated to pass the time, but lots of folks ended up surprised when the live tv signal was lost for the second half of the flight as we flew over Canada.  The movies were still available, but if you had already watched a couple of movies that interested you while over the United States, you wouldn’t be left with much else for the second half of the flight.  So, if you want to save a movie or two, then start off with live TV while it is available the first few hours.  My daughter had already watched the kid movies over the United States, so we should have started with live tv cartoons and then switched on to Lego Movie and Muppets after we lost stations like Disney Junior and Nick Jr.

There is a very interesting mix of people:

This flight to Alaska had such an interesting mix of people on board that it was fascinating.  There were retired cruisers, oil industry guys, folks who looked like they were heading on a National Geographic expedition, families who looked like they could potentially afford their own private jet, and then there folks who didn’t fall into any of those categories like us.

The food in first wasn’t terrible:

We had used upgrades I earned thanks to hitting elite status with United in 2013 to upgrade our economy tickets (purchased at a great price of around $400 each last year), so we were lucky enough to have a meal and a snack on the flight.  While they weren’t catered like an international fight, the options were better than most United domestic flights I have had in recent months.  The beef with mashed potatoes was a little better than the pasta, but both were totally edible. 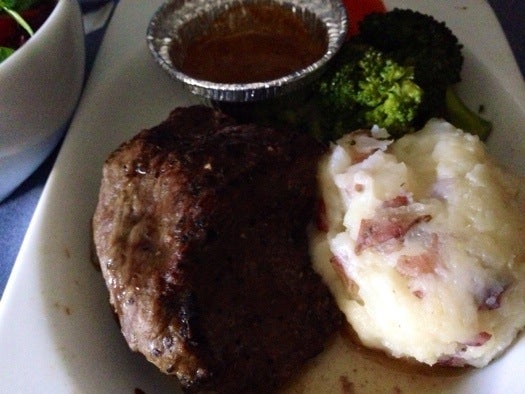 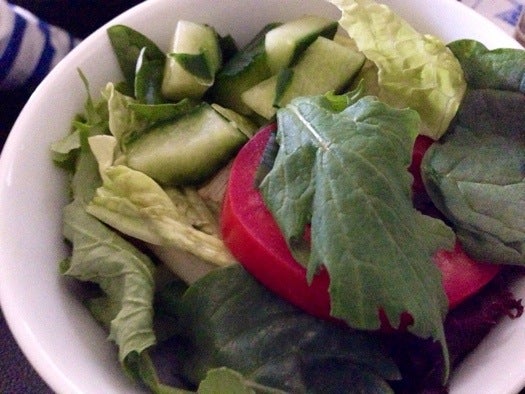 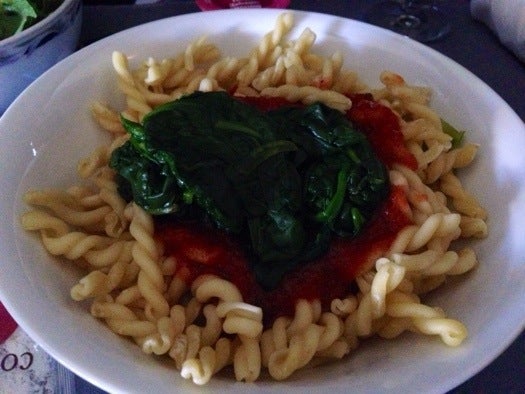 The snack about 90 minutes before landing of hummus, pita chips, red pepper, etc was actually really good for an airplane snack. 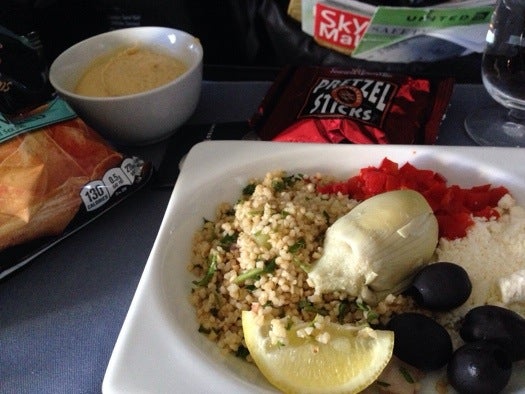 There are luggage carts in Anchorage, but they are hard to find:

Upon landing in Anchorage we had to wait for our checked car seat to come out, and we very much wanted a luggage cart to pile our bags on, but didn’t see any in baggage claim for a while.  Thankfully we eventually spotted them along the back wall where the airline luggage offices are located.  They were $4 each, but well worth it to not break your back lugging stuff.  Interestingly, I’ve never seen so many coolers come out on the baggage carousel as in Anchorage!

The flight was long, but all in all pretty good with A+ views.  While I’m pretty happy with the airfare deal we got for our purchased tickets, there are some good mileage redemption options to Alaska that I’ll cover in more depth soon (including coach for just 20k Ultimate Rewards round trip if you transfer to Korean to fly on Alaska Airlines operated flights).

Now time to go enjoy these very long and sunny Alaska days with my little explorer!

Sign up for our daily newsletter
Summer Hull aka Mommy Points, ran the Mommy Points site for families who want to travel more for less using miles and points for seven years and now heads up TPG Family when she isn't exploring the world with her own two girls.
You might like
Top credit cards for cash-back rewards and statement credits
News
10h ago
You can now tour the Qantas Founders Museum’s restored 1953 Super Constellation
News
11h ago
Miami International Airport 101: The best ways to get to MIA
News
11h ago
American Express® Green Card