Three US Airways Policies I Want American Airlines To Implement 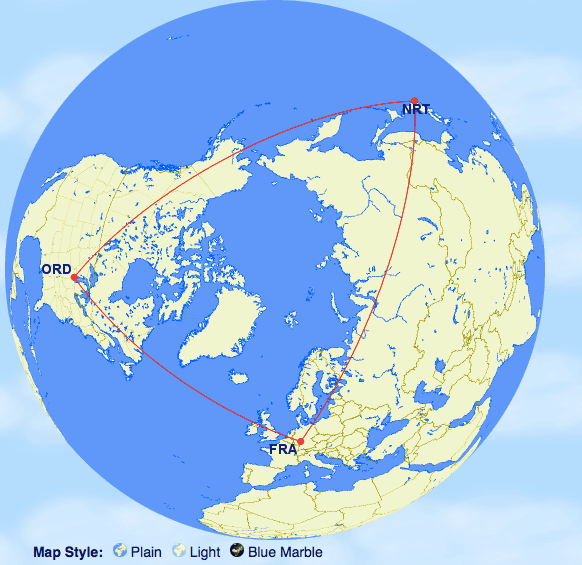 Three US Airways Policies I Want American Airlines To Implement
This post contains references to products from one or more of our advertisers. We may receive compensation when you click on links to those products. Terms apply to the offers listed on this page. For an explanation of our Advertising Policy, visit this page.

Most American Airlines flyers that I talk to are nervous that the merger with US Airways will bring about almost all negative changes. I have to say that they aren't off to a great start. With US Airways management now mostly at the helm, we've seen a string of negative changes, including the nixing of bereavement fares, increase in Choice fares and overnight devaluations in AAdvantage. However, I'm trying my hardest to be an optimist and I'm hoping we see some positive changes down the line and I hope they make some positive changes, some of which US Airways already offers to their consumers. So if I had my pick, here are my top three improvements to the new American based on existing US Airways policies.

1) Improve the Same Day Change Policy- no matter if you're an Executive Platinum or lowly non-elite member, you need to pay $75 to switch to another flight on the same calendar day as long as the origin and destination remain the same and their is availability (you need to call, AA does not release same day change availability online). Changes are only good on US/Caribbean flights and only for coach reservations. Booked in first or business? You're out of luck and need to pay a change fee and re-fare, which is never pretty.

In comparison, US Airways has the MoveUp program that has a smaller window of flexibility, but is available on all US flights both domestic and international. It costs $75 for flights within the United States, Latin America, the Caribbean and Canada and $150 to move up on flights to/from Europe, Israel and/or South America. You can only change to flights within 6 hours of your original scheduled departure, on the same day with the same number of stop and all flights have open seats (if you have connecting flights)

But get this: US Airways waives the MoveUp fee for Dividend Miles Preferred and AAdvantage elite status members.

Dream scenario: I really hope American takes the best aspects of both programs, allowing the greater time window of AA's flight changes with the flexibility to change both domestic and international flights and waiving the fee for all elite members.

2) Award Routing: After American's stealthy AAdvantage changes recently, you can no longer build in stopovers on international awards of more than 24 hours and they got rid of their valuable Explorer Awards. AA also has strict routing rules where your award needs to have a published fare between your origin and destination, which means that some seemingly valid itineraries are not allowed.

US Airways on the other hand allows some of the most incredible, flexible routings- including crossing both oceans when going to Europe or Asia- meaning you can book "round the world" trips as normal awards- or 1oo,000 miles to go to Europe, coming home with stop in North Asia and crossing both oceans. It actually used to be cheaper to go to North Asia with a stop in Europe (90,000 miles before the stealth changes) than it was to just go roundtrip to Europe (100,000 miles), but now they changed North Asia business class roundtrip awards to be 110,000 miles.

Dream scenario: The new AAdvantage rules allow one-way awards, but also US Airway's current routing and stopover/open jaw rules and they also take away US Airways' current draconian rule of no changes after your travel on your first leg of an award.3) Elite Qualification: American has a weird system of either qualifying for elite status via points or miles. Under the points system, premium fares get 1.5 points, middle of the road fares 1 point and cheap economy fares .5 point per mile flown. So if you fly a lot of premium fares, it makes it easier to get status, which makes sense to reward your customers shelling out more. However, if you fly a mixture of premium and cheap coach, you get penalized for the cheap economy fares and may end up behind where you are in elite qualifying miles. EQMs are simply 1 EQM per mile flown, regardless of fare class. So with most other frequent flyer programs, if you fly a mix of cheap coach (100% base miles) and premium (150-200%) then you combine both to cumulatively achieve a higher status. With AA it is one or the other and if you qualify on points then the 10k EQMs for spending $40,000 in a calendar year from the Citi AAdvantage Executive World Elite Mastercard are worthless.

Dream scenario: American uses one system of Elite Qualifying Miles for elite status and uses US' chart of 100% for base fares and 150% for first/business (and add full-fare economy fares at 150% as well). In addition, they keep the BarclayCard method of elite miles where you earn 10,000 Elite Qualifying Miles after only $25,000 spend on the Dividend Miles World Mastercard vs. the $40,000 required on the Citi Executive AAdvantage.

This is by no means a final list, but just some of the key areas I'd like to see changes in the AAdvantage program. What would you like to see in the new combined program?
[card card-name='The Frontier Airlines World MasterCard®' card-id='22089400' type='javascript' bullet-id='1']

Related stories
Target’s big annual gift card sale is this weekend
What are points and miles worth? TPG’s December 2022 monthly valuations
Capital One Venture X to lose Priority Pass restaurants and spa services as of Jan. 1, 2023
December 2022
Featured image by US Airways allows round-the-world routing on many international awards