Articles
Jason Steele has been a Senior Points and Miles Contributor for TPG since 2012. He covers credit cards, loyalty programs and family travel.
Follow
May 19, 2014
•
4 min read 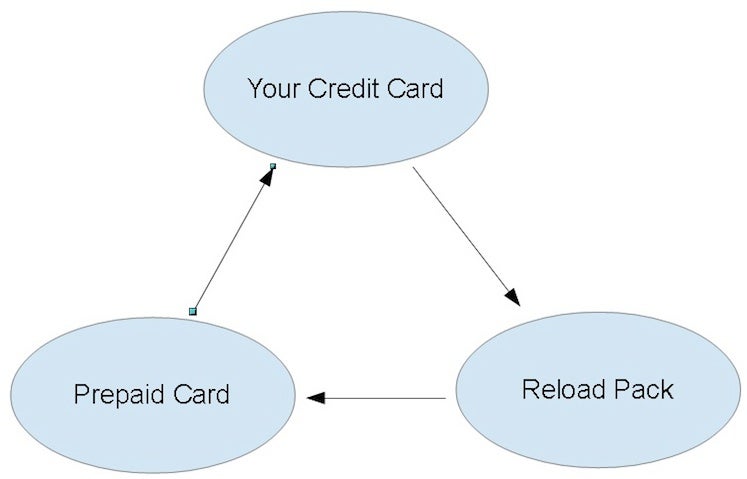 Manufactured Spending Update: Bluebird and Staples Gift Cards
This post contains references to products from one or more of our advertisers. We may receive compensation when you click on links to those products. Terms apply to the offers listed on this page. For an explanation of our Advertising Policy, visit this page.

TPG contributor Jason Steele comes back today to talk about Manufactured Spending, which is the art of creating points and miles without having to actually incur more spend- like buying gift cards and then using them to load Bluebird and then in turn pay your mortgage/rent/etc.

Things change everyday for those who try their hand at the hobby called manufactured spending. Here are a few of the latest developments:

In the last two weeks, the biggest news was that Staples began selling $200 gift cards online, whereas previously they only had the $100 denominations.

Why was this important? Each card has a $6.95 fee, so selling a card with twice the value means half the fees. Although these cards were previously available in stores, the advantage of purchasing them online was that they might qualify for portal savings of up to 6%. During the final days of April and the first days of May, it appeared that many portals were honoring the points or cash back offered for purchases from Staples.com.

Then, in early May, multiple Flyertalk contributors who claimed to operate their own portals said that they had received notices from Staples that portals would not be offering rewards for gift card purchases. To corroborate those reports, one of the more popular reward portals, Swagbucks immediately added special terms that excluded gift cards.

I used a card that offers 5x bonus rewards for office supply purchases to by some gift cards using the Swagbucks and Upromise portals between May 4th and May 7th and the rewards are currently listed at both sites as "Pending". If I end up receiving those portal rewards, I will have made a cash profit on the transaction and earned credit card reward points.

But even if I don't, I will have effectively purchased the reward points for about two-thirds of a cent each, which is reasonable, but not an activity that I would spend a lot of time doing. I had no problem using these cards to transfer money with Amazon Payments, and I also plan on using some to pay bills with the Evolve Money service.

American Express Bluebird is great product for those who eschew credit cards and bank accounts, as well as for those who are into this hobby. Of course, its utility for the later took a major blow in April when CVS stopped allowing credit card purchases of Vanilla Reloads, a product used to load funds onto the Bluebird card.

In searching for alternative stores that still allowed sales of Vanilla Reloads with a credit card, our readers were quick to eliminate many of the chains listed as carrying these products. Nevertheless, two had success at a few smaller region stores. Noah commented that Food City stores in Eastern Tennessee accepted his credit card to purchase Vanilla Reloads, and Mark confirmed that Village Pantry stores in Ohio did too.

If you live outside of those areas, don't put away your Bluebird cards just yet. You can use a debit (like the Suntrust Delta) or gift cards to load these Bluebird cards at cash registers and customer service counters at Wal Mart stores. The limit is $1,000 per day, and $5,000 per month, per card. So if you purchase $500 gift cards with a $4.95 fee, you are looking at about a 1% loss when you load them onto your Bluebird card and use the funds to pay any person or business, or transfer them to your bank account.

Those with some time and patience could conceivably participate in the $200 Staples offer, and use their gift cards to load Bluebird, and come out slightly ahead. A better strategy might be to buy $500 gift cards where their credit card earns bonus rewards.

Another option would be to use one of the many cards that earn bonus rewards supermarkets. These cards can offer rewards that are well worth paying 1% in fees, and perhaps even a trip to your local Wal Mart.
[card card-name='Barclaycard Arrival Plus™ World Elite MasterCard®' card-id='22089567' type='javascript' bullet-id='1']

Related stories
Using miles and points to book airline tickets and hotels for others
Maui magnificence: A review of Kaanapali Alii, a Destination by Hyatt Residence
Target’s big annual gift card sale is this weekend
What are points and miles worth? TPG’s December 2022 monthly valuations
Featured image by The circle of life.. or at least manufactured spending