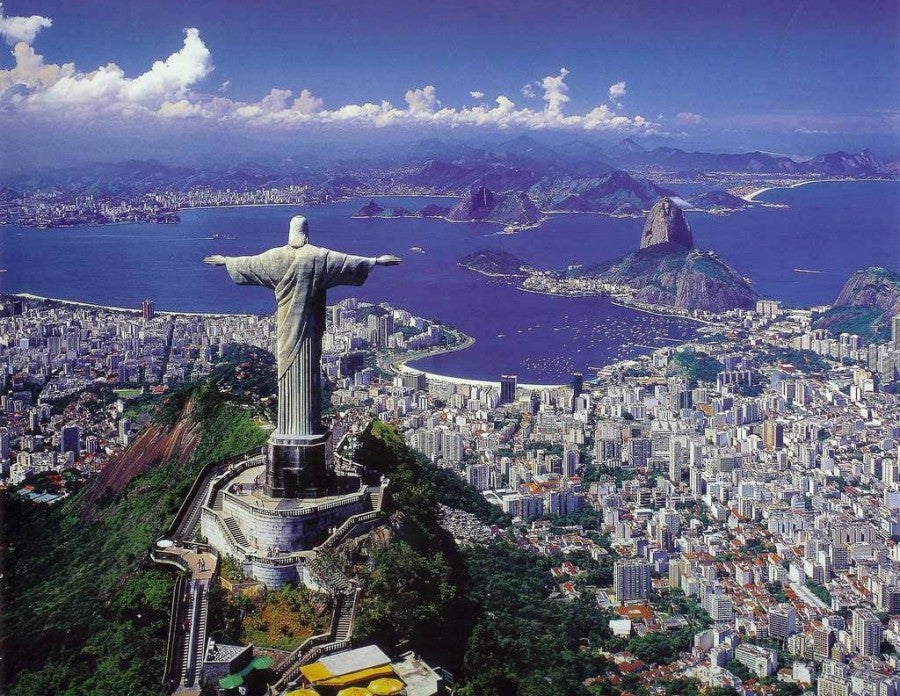 Top Summer Travel Destinations
This post contains references to products from one or more of our advertisers. We may receive compensation when you click on links to those products. Terms apply to the offers listed on this page. For an explanation of our Advertising Policy, visit this page.

The good people of Kayak.com have been watching ticket sales, search trends and airline news to come up with the hottest summer destinations for 2014. Here were their findings and the key takeaways.

According to Kayak, not only are more Americans planning to travel this Memorial Day, but more of them are heading south of the border, and the top destination this year will be Puerto Vallarta, which saw flight searches jump 59% over last year. Other top search destinations included Cabo San Lucas, Nashville, New Orleans and Austin - so everyone's headed south this year.

However, bargain hunters should look to Costa Rica for great fares since San Jose saw the greatest drop in year-over-year airfares from 2013 to 2014 at an average of 10% less.

This summer is also going to be all about international travel for Americans. The top 10 destination searches on Kayak were all international cities with Rio de Janeiro nabbing the top spot with average airfares from the US coming in at around $1,670. No surprise there given the World Cup festivities that will be taking place there.

The other cities on the top 10 list of destinations with increased flight searches from last year to this year and their airfares are:

So there's a healthy mix of European and Asian cities here, but just one in North America itself in terms of destinations with the greatest year-over-year increases in flight searches. The Milan route doesn't surprise me given the fact that Emirates' launching its (now-imperiled) route upped traffic 62%, and Dublin and Madrid are both (relatively) cheap European destinations.

The most popular destinations in terms of overall airfare searches are:

And the most popular destinations for hotel searches and average nightly rates this year are:

In terms of hotels, the top trending year-over-year summer 2014 destinations for searches and average rates are:

So even though people are searching for more international flights, they are still looking to book hotel stays closer to home around North America, with just one European destination making the list.

Part of that could be because once they do the flight searches and find out how high airfares are to international destinations they either decide to book trips closer to the US, or because of the rise of services like Airbnb and VRBO where folks are spending more stays and longer stays in rented apartments rather than traditional hotels in order to save money while abroad.

Among the destinations that have seen the greatest drop in airfares are Anchorage (8%), Minneapolis (5%), San Jose Costa Rica (4%), Manila (4%) and San Jose del Cabo and Bangkok both at 3%, while Vegas and London are both coming in at airfares 3% higher than last year.

If you're looking for deals, head north to Canada where flight searches to Montreal, Vancouver and Toronto all dropped between 9-15% this year. And if you've been hankering to see the Northern Lights, Alaska might just be your best bet with airfares to Anchorage down an average of 9% from last year at just under $600 from other US cities.

What's interesting to me is that so few South American, Asian and Australian cities made the top trending and overall searches lists so far for summer this year. That could be because it's winter down south and much of Southeast Asia is entering its wet season, which might be keeping travelers away. However, I do expect to see an upward tick in Australia searches and bookings thanks to the current royal tour underway with Prince William and Kate and baby George down there, and the Australia episodes of Modern Family set to air next week. We'll see if that's just the celebrity-fueled jolt they need Down Under.

I also think more people are finally coming out of hunker-down-and-save mode from the recession and are willing to spend some more money on traveling abroad during the traditional summer high season. However, once they're abroad I think we're seeing more people booking alternative accommodations like Airbnb or VRBO, which is skewing the hotel bookings rankings to more domestic searches.

If you're in the midst of making your travel plans to use the best credit cards for purchasing airfare and hotel bookings. I tend to put all of my airfare on my Amex Premier Rewards Gold card, which is currently offering a 25,000-point welcome bonus for spending $1,000 in 3 months and earns 3 points per dollar spent on airfare (4x if booked through Amex Travel). The Sapphire Preferred card from Chase is also a great option, giving 2.14 Chase Ultimate Rewards points per dollar (2x base on all travel plus a 7% annual dividend), while the Ink Bold and Ink Plus also from Chase offer 2x points on hotels. And if you’re buying your airfare on a foreign website it should be noted that there are no foreign transaction fees when using the Chase cards.

Where are you planning to travel this summer? Any of your destinations make these lists?