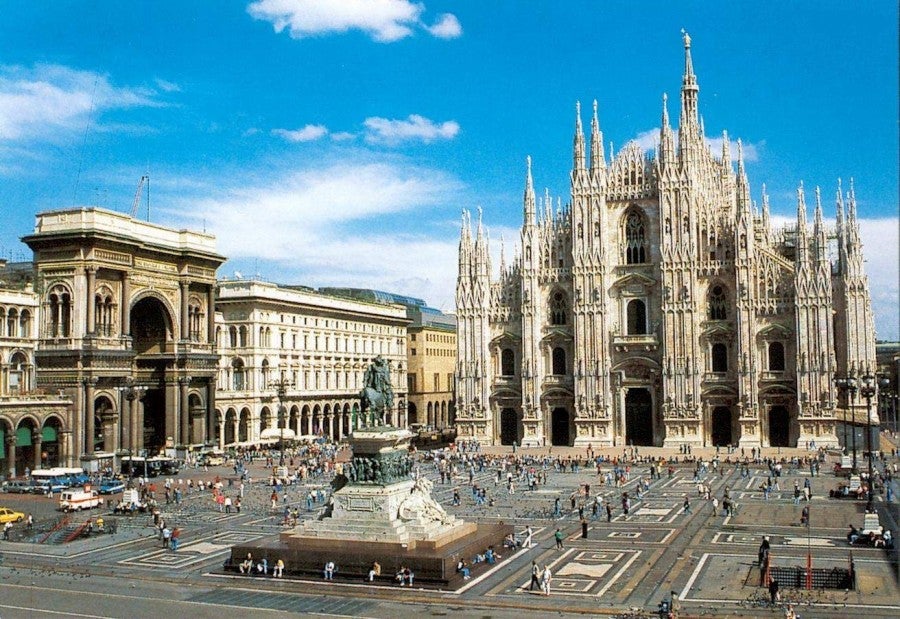 Good Deal Alert: New York JFK - Milan MXP $438 Roundtrip on Emirates and Alitalia in March - April
This post contains references to products from one or more of our advertisers. We may receive compensation when you click on links to those products. Terms apply to the offers listed on this page. For an explanation of our Advertising Policy, visit this page.

Economy tickets from the US to Europe tend to hover around the $800-$1,100 mark, but right now, there's a decent airfare deal to Europe this spring where you can score tickets on either Emirates or Alitalia on their competing New York JFK - Milan MXP route for as low as $438 per person including all taxes and fees. The catch is, you have to be traveling in a pair because single tickets are pricing out at about $620.

I checked out the route on dates during the last week of March and the first week of April using the ITA Matrix's calendar search for trips between 3-8 nights, and it looks like there are several dates where these fares are available:

ITA showed that these fares were available on both Emirates and Alitalia, so I went to each airline's site to try actually booking them (since you can't book directly on the ITA Matrix). Here's what came up on Emirates:

As you can see, quite a few dates in there work for trips between 4-11 nights if you're looking to make a big trip out of it. The tickets book as a Saver Fare class, which only earns 50% mileage, so it's not really a mileage run deal on Emirates.

On Alitalia, there were also plenty of dates available, though looks like the lowest-priced tickets might already be drying up for that first week in April, but I was able to price it out on several days including the ones below:

Which earns 100% miles and MQM's on Delta per Delta's partner airline earning chart:

Roundtrip, that's 7,990 miles for $438 per person, coming down to 5.48 cents per mile. The one major downside is that it doesn't look like these fares are pricing out on Delta.com, and when I tried calling the airline to see if I could book them over the phone, the agents couldn't find those fares either. The airfare isn't pricing out as a Delta fare on OTA's like Orbitz either, so it doesn't look like you'll be able to earn Medallion Qualifying Dollars on these fares, unfortunately.

So while this isn't an mind-blowing fare sale for mileage-earning or elite-qualifying purposes, if you’re looking for a quick, easy spring getaway to Europe at a low price, this is a pretty good deal, and Emirates has a great economy class on the 777-300ER from everything I've seen, so it should be a pretty pleasant experience.

I visited Milan last May and had a fantastic time staying at the Park Hyatt and eating in wonderful restaurants, so I'd highly recommend it. Let us know if you are able to book any of the fares in the comments below.

Be sure to check out this post for the best sites and credit cards for maximizing points on airfare purchases.

Featured image by Milan is a beautiful destination in Europe.