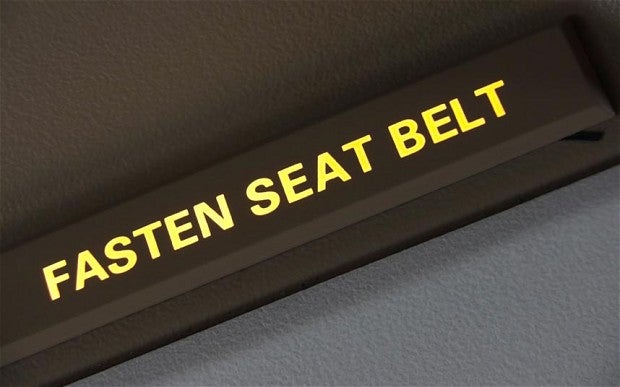 Social media is increasingly becoming the method airlines, hotels, credit cards and consumers get in touch with one another about the latest news, deals and promotions. Here’s a look at the latest interesting trending topics and more on social media from the week. Every week, Team TPG combs through Facebook posts, Tweets, Instagram pics and more to find the most interesting things going on during any given week, but if we miss something you’d like to discuss feel free to:

Which Airlines Serve The Healthiest Food: Charles Platkin, founder of Dietdetective.com compares food offerings on North American airlines, tweets @Frommers. Food is slowly getting healthier on airlines, but most offerings still aren't "healthy". Platkin says that Air Canada and Virgin America offer the healthiest options. And the worst in the way of healthy food? Spirit and Allegiant Airlines.

Disney Prices On The Rise: If you are planning on traveling to Walt Disney World in Florida, just note that their admission fees have jumped again, tweets @HuffPostTravel. A single-day ticket to the Magic Kingdom now costs $99 for ages 10 and up, and this is the second time in less than a year prices have risen at Disney.

What You Need To Know About Turbulence: After a few passengers were recently injured due to turbulence on a United flight, @CNTravler tweets about what you should know regarding turbulence. Apparently clear air turbulence (turbulence in clear skies) is on the rise due to global warming. Turbulence won't actually make the plane crash, though it may feel like it, and pilots are trained to handle it. The bad news? Turbulence is predicted to double in the next 40 years. The good news? Work has been done on creating a new laser to help pilots predict and avoid turbulence all together.

Hotels Offering Flu Fighting Remedies This Winter: It's flu season, and this year hotels (especially in NYC) are helping guests battle it with various remedies, tweets @LATimesTravel. The Kitano in Manhattan offers an immune-system-strengthening menu featuring items like ginger and plum paste in the dishes. Some hotels will send chicken soup up to your room, have special teas for you to fight the flu, and some will even give flu shots in the room or appoint a concierge to make a pharmacy run for guests.

10 Not-To-Be-Missed Travel Events In March: As this is the last Wednesday in February, ring in March by traveling to participate in these great events, tweets @NatGeoTravel. Events include jamming at South by Southwest Music Festival in Austin, TX (March 7-16), indulging in Guinness in Dublin for their famous St. Patrick's Day Festival (March 14-17), or relaxing at Bali's Spirit Festival in Ubud for some yoga and healing.

Starwood Brings Westin Hotel Brand To Egypt: Starwood currently operates 11 hotels in Egypt under their Sheraton and Le Meridien Brands. The new Westin Cairo Golf Resort & Spa Katameya Dunes will become the 12th Starwood property in Egypt and the first Westin tweets @skift. The resort will be located within the Katameya Dunes development, a luxury residential compound in the New Cairo City district and should by open by early 2015. The resort will feature 27-hole championship golf course, and have 128 rooms and suites.

Win A $150 Gift Card Towards Hotel Stay Near Your Favorite National Park: Send in a photo of your favorite national park to Sunset Magazine and you could win a hotel credit. Photos must be smaller than 6 MB and photos must not show any people, landscape only. Enter by 11:58 P.M. EST on March 15, 2014.

Win A Culinary Trip To Rome: @Travel+Leisure tweets about a contest co-sponsored by themselves, plus TimeOut, Thrillist and Shermans Travel where you can win a culinary vacation to Rome. The prize trip includes a 5-night stay for two (including breakfast) at the historic Intercontinental de la Ville Roma located near the Spanish Steps, roundtrip airfare for two to Rome, 2 Time Out Rome City Guides, $300 to spend on meals, and a Rome restaurant guide compiled by ShermansTravel experts. You have until March 15, 2014 at 11:59 PM EST to enter.

Win a London Trip: @VisitLondon tweeted out a contest yesterday where you can win a trip to London. The prize includes roundtrip travel, five nights at the Radisson Blu Edwardian, three small London-themed prizes, two Oyster transportation cards and two London Passes with free entry to museums and attractions. You enter by looking at videos and stories by Londoners, choosing your three favorites and constructing an itinerary based on them. It takes just a couple minutes. Submit your entry by March 2, 2014.
[card card-name='Ink Plus® Business Credit Card' card-id='22129636' type='javascript' bullet-id='1']