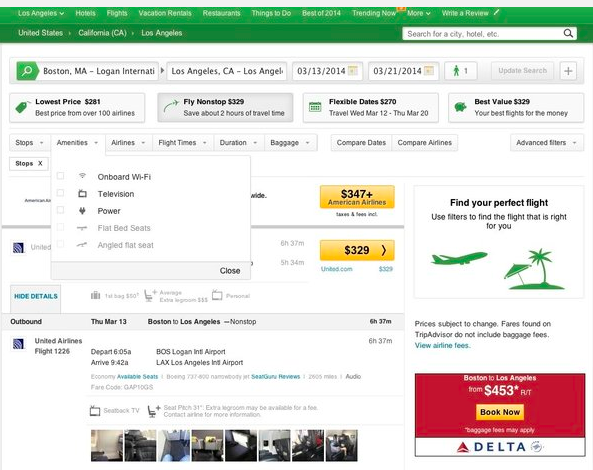 Every week, Team TPG combs through Facebook posts, Tweets, Instagram pics and more to find the most interesting things going on during any given week, but if we miss something you’d like to discuss feel free to:

"Minor" Plane Hijacking Incident During Olympic Opening Ceremony: A passenger on a Pegasus Airlines flight en route to Istanbul announced that he had a bomb and demanded the flight be rerouted to Sochi, tweeted @WSJ among other outlets. The plane safely landed in Istanbul and the man was then taken into custody. As the incident did not occur over Russian airspace, Olympic officials downplayed the attempted hijacking.

Ryanair To Allow Portable Electronic Devices To Stay On During Entire Flight: Budget airline Ryanair has announced that they will allow all portable electronic devices (including tablets, smartphones, e-readers and MP3 players) to be switched on during all stages of the flight, provided they are in flight mode, tweets @Ryanair.

Airlines Rescheduling More Flights Than Ever Before: Winter storms aren't the only thing disrupting flight schedules lately, tweets @Skift. Apparently "turbulence" in the airline industry, like mergers, hubs closing and more are causing airlines to adjust their schedules, even for flights booked months in advance. This can cause problems for travelers, as sometimes changes alter schedules by up to 12 hours.

TripAdvisor's New Search Options Allow You To Find The Best Seat: @LATimesTravel tweets about TripAdvisor's new search options that allow travelers to compare in flight amenities such as legroom, WiFi, power outlets and in-flight entertainment before buying a ticket. It also features traveler-generated photos of the airplane inside and out. This search option is available on TripAdvisor in 31 countries and in 17 languages. For long-haul flights, it also offers details on flat-bed and angled seat options.

21 Tips to Staying Safe While Abroad: Whether you're headed to Sochi, Paris, Brazil or Thailand, @HuffPostTravel tweets about tips to stay safe when abroad. Some are fairly obvious and simple, like avoiding sketchy areas at night while walking alone. Others take a little more effort, like getting travel insurance and registering with STEP.

The Priciest, Most Outrageous Valentine's Day Hotel Packages: Thinking of splurging this weekend for Valentine's Day? Live it up with some of these crazy expensive Valentine's Day "deals", tweets @CNTraveler. For a mere $13,000, a sunny Florida Valentine's Day "Mega Yachts and Martinis" package is available at the Pelican Grand Beach Resort. If you really want to go all out, try the Capella Hotel in Washington D.C.'s "Capital Engagement" package, which includes a 5.01-carat white cushion cut diamond ring, private jet ride, a five-course dinner and wine accompanied by a string trio, champagne breakfast in bed, a sunset Potomac River cruise followed by a ride in a horse-drawn carriage, which will then take you to a rooftop party with a private jazz trio concert, followed by a champagne night cap, all for just $777,777!

Donate To Philippines Relief And Win A Trip To London To Meet The Cast Of Downton Abbey: Enter to win by donating to the Philippines relief efforts, with entries starting at just $10. For each entry you purchase, you will have one chance to win a trip for two to London to visit the Downton Abbey set and meet the cast, including airfare and hotel. You must donate/enter by February 20, 2014. You can also enter without purchasing by mailing in your contact information.

Mama Shelter Istanbul Flash Sale: Now through 11:59pm GMT on February 12 (today!) Mama Shelter Istanbul is offering rooms at up to 40% off for stays before March 31, 2014. The rate is valid at MAMA SHELTER ISTANBUL only, on the booking of a Mama Luxe Single Terrace, Mama Deluxe Triple Terrace, Big Mama Terrace or Family Garden for a stay planned between February 6th 2014 and March 31st 2014. Booking must be done with the promo code SUPERSALE, only by Wednesday February 12th 2014 (23:59 GMT+1) included. Promo code will only be valid during these dates. Non-cancellable, non-modifiable and non-transferable, requires full pre-payment. Based on availability.

Win A Free 3 Night All Inclusive Stay in Antigua: @BudgetTravel tweets about winning a tropical 3 night stay in Antigua. To enter simply submit your information here. For more entries, follow Elite Island Resorts and Budget Travel on Pinterest. Then, pin your favorite 3 (or more) photos from either the Elite Island page and/or from the board "Incredible Islands" on Budget Travel's page. Enter the board URL where you pinned your 3 (or more) photos on the page where you submit your personal info. Entries must be received by 9:30 a.m. EST February 15th, 2014.
[card card-name='Barclaycard Arrival™ World MasterCard®' card-id='22089566' type='javascript' bullet-id='1']

Related stories
Maui magnificence: A review of Kaanapali Alii, a Destination by Hyatt Residence
Target’s big annual gift card sale is this weekend
What are points and miles worth? TPG’s December 2022 monthly valuations
Capital One Venture X to lose Priority Pass restaurants and spa services as of Jan. 1, 2023
Featured image by Use new search options on Trip Advisor to compare in flight amenities.