I posted a couple of weeks ago that I was “out of miles and points”.  Of course I’m not really out of miles and points, but some of the accounts that I like to see with relatively healthy balances are looking pretty sickly after doing lots of award bookings before the Hyatt and United award charts change(d).  I have been super busy the last few months, and had gotten a bit lazy on some of the ways to earn miles and points, and it was time to get off my lazy tail and work a little harder at this hobby.

I am in the middle of refinancing our house, so I’m holding off on any new credit card applications until that is done (though all the ones we have on our credit reports have been a total non-issue thus far, and our credit scores were still in the highest category for the best interest rates).  However, I can make the cards I already have work harder for me.  Today that took the form of working harder to hunt down Vanilla Reloads that can be purchased with a rewards earning credit card, and then applied to my Bluebird® by American Express where I can use then use the funds loaded to pay bills, send checks to people, etc.  If you have no idea what I am talking about, I recommend Googling “Bluebird and Vanilla Reloads” for lots of good basic info on how this process works.  This Flyertalk thread can also be very helpful if this method of points earning sounds interesting to you.

This is not something I recommend for those brand new to the hobby, but it is a good intermediate step for many.  There are those that take this and similar concepts to an “expert” level, but that will never be me.  I’m too boring and too busy for that, but I do need to earn some more points, so I’m putting my toes back in the water.  I also think the risk of raising any red flags is dramatically reduced if you stay in the shallow end of the pool on this one. 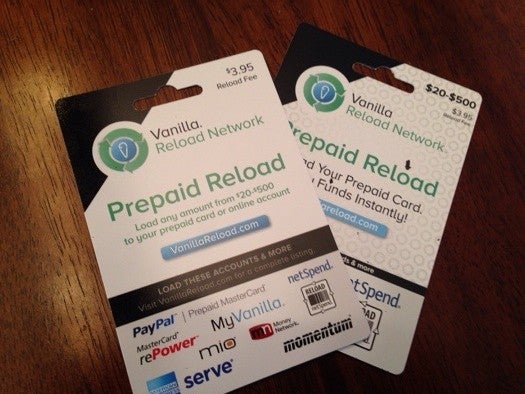 This method of earning points works best when you can buy a Vanilla Reload card at a store where you earn a category bonus on one of your cards, though the reloads can be pretty hard to find, so sometimes you just take what you can get.  It can also be very helpful when you are trying to hit a spending bonus on a credit card to trigger a sign-up bonus or annual spending bonus.  Today my goal was to find a reload at a gas station, as I had a card that is paying a nice bonus on gas stations purchases.  The first gas station I went to was all sold out of the cards, which can be a pretty common occurrence.  Finding stores that sell them, but won’t accept credit cards to purchase them can also be a very common occurrence.

However, I kept trying and the second gas station I went to was happy to sell me some gas and a nice side of a plastic white card loaded with $500, paid for with my handy credit card that earned me a nice chunk of valuable points.  I am actually only out the $3.95 that the Vanilla Reload cost (and the 10 minutes it took me to go to two gas stations) as I will use the money I loaded from the reload onto my Amex Bluebird to pay bills.    I also had success at a popular three letter named drugstore that had previously not had reloads in stock for what seemed like forever.  That purchase did trigger a fraud alert on my credit card that was resolved by simply clicking in my email that it was a valid transaction.  I have recently had to verify many more purchases in that manner, so it was not a big deal at all. 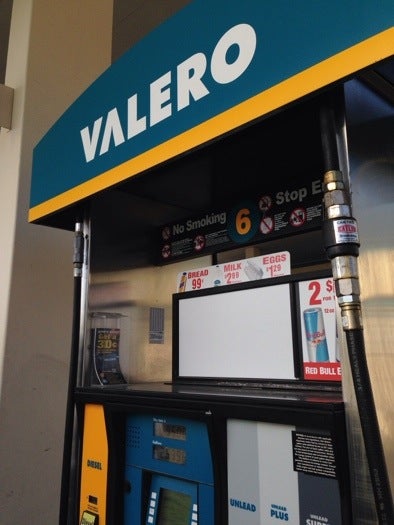 I had gotten lazy on this method of earning points, in large part because I had a couple strike-outs in a row where the stores did not have the cards in-stock.  I’m glad I started trying harder, as it resulted in earning some pretty easy miles and points today.  Are you doing similar things to get your point balances back up?

Disclosure: I do receive a commission if you use my affiliate links.  As always, thanks for your support.

Summer Hull , aka Mommy Points, ran the Mommy Points site for families who want to travel more for less using miles and points for seven years. She now heads up a variety of special projects at TPG when she isn't exploring the world with her own two girls.
You might like
Limited time offer: Here’s how to earn double Marriott Bonvoy points on Uber rides and meals
News
4h ago
South Africa deal alert: Fly to Cape Town for less than $700 round trip
Deals
4h ago
Here’s why getting a card with just a 20,000-point bonus was a no-brainer for us
News
5h ago
Chase Sapphire Preferred® Card