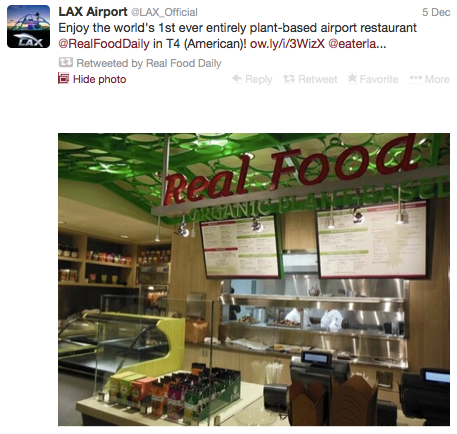 The Best New Year's Eve Party Hotels In The US: If you're looking for somewhere to ring in 2014, @ABCNewsTravel is at your service with the best hotel parties to see out the old year. From swanky dinners to all-night raves or hip pool bars, they're covering party plans from coast to coast. Included on the list are the Roosevelt Hotel in Hollywood, the SLS South Beach in Miami, and the Palace Hotel in San Francisco.

Hilton Worldwide Leads The Way In LBGT Equality: @HiltonWorldwide announced that the hotel chain got a perfect score on the Human Rights Campaign Foundation’s 2014 Corporate Equality Index, which is the national benchmarking tool on corporate policies and practices pertinent to lesbian, gay, bisexual and transgender employees. Hilton was one of 303 businesses to get the top score.

Win 50,000 Delta Miles For With "The Secret Life Of Walter Mitty" Promo: Delta Airlines is teaming up with 20th Century Fox to mark the opening of The Secret Life Of Walter Mitty starring Ben Stiller by giving away 50,000 miles to 10 lucky winners now through December 27, 2013. All you have to do is go to the Delta Facebook page, "like" it and then watch the trailer to enter the "Stop Dreaming and Start Doing" sweepstakes. Customers traveling with Delta in November were already able to watch the official trailer of the film, which hits theaters on Christmas Day, and the winners will be announced on January 2, 2014. With a theme of aspirational travel, adventure and exploration, Walter Mitty should be compelling viewing for avid travelers. Note that miles awarded will be bonus miles and do not count toward Medallion status qualification or Million Miler status. For full terms and conditions, click here.

The Top 25 US Facebook Check Ins For 2013: Social media has dominated both the travel industry and our personal lives this year, with Facebook friends notifying us of their whereabouts all over the world. To celebrate this global connectivity, @Skift has revealed the most popular Facebook check-ins for 2013 for the US. Top of the list is Disneyland in Anaheim, CA, following closely by Times Square, New York, and Epcot in Walt Disney World, FL, coming in third. Along with theme parks, baseball stadiums are a popular check-in location, with Fenway Park in Boston and Dodgers Stadium in Los Angeles both in the top 10. The survey was restricted to the US, but I would be interested to see the top check-in spots from around the world.

Kate Spade Pop-Up Store Now Open In JetBlue’s T5 At JFK: If you are flying on JetBlue in or out JFK now through December 20. 2013, check the Kate Spade Saturday pop-up store for some holiday gifts, as tweeted by @ks_saturday.

The Most Spectacular Frozen Lake In The World: If you are looking for the perfect winter wonderland this Christmas, @HuffPost Travel believes they have found the most beautiful frozen lake in the world – and it is not even a natural formation. While Abraham Lake in Canada was man made in 1970, the real beauty of this icy spectacular it that it traps bubbles under its frozen surface, which then create stunning patterns that look like little artworks nestled behind a protective wall of clear ice, revealed Huffington Post Destinations. The bubbles are actually methane gas that is released when plants and animals decompose in the lake, and then floats up from the lake's warm bottom.

Alitalia Raises $412 Million To Keep Planes In The Skies Over The Holidays: Struggling Italian airline Alitalia has successfully raised 300 million EUR ($412 million) to keep flying through the holiday season, tweeted @Skift. The cash call is part of a government-engineered rescue package seen as a stop-gap measure to keep Alitalia in the air until it can find a new partner willing to invest in revamping its operations and making it more profitable, Skift reported. Despite many airlines over the years having considered partnering with Alitalia, including Air France-KLM, Lufthansa and British Airways, they all ultimately decided that it was too much of a gamble.

TSA Agents Bringing Good Cheer With PreCheck: Even TSA agents are getting into holiday spirit according to @USAToday Travel. Many satisfied customers have been delighted to get PreCheck privileges from cheery TSA agents recently, even if they haven't paid for a membership, reported USAToday. PreCheck, which is being tested out in a number of airports since the TSA announced the opening of a new enrollment center in two initial enrollment sites — Washington Dulles International Airport (not open yet) and Indianapolis International Airport - allows passengers to avoid removing their shoes, taking out their laptop and avoid full-body scanners when screened.

KLM Introduces New Initiative Allowing Friends To Gift Items To Passengers: Not traveling this holiday season? It's OK - you can now give gifts to passengers flying on KLM from the comfort of your own home, tweets @KLM. The new service called WannaGives has opened up just in time for the holidays, allowing you to give passengers gifts and pay for them using money or frequent flyer miles. For example, a small bottle of champagne and crystal glasses cost $20 or 6,500 Flying Blue Miles. A box of Godiva chocolates will set you back $25, and extra legroom can cost up to $123. Gifts can delivered at 30,000 feet or at the flyer’s actual address. A confirmation for in-flight deliveries can take up to three days as the airline checks that the recipient is indeed scheduled for the flight.

Top Places To Enjoy The Snow While Barely Clothed: Not for the fainthearted, @AOLTravel has the top nine places to enjoy the snow barely dressed - or even naked! You may wonder why anyone would want to do that, but apparently risking frostbite is all part of the fun of winter travel. Unique spots to strip off include Valley View Hot Springs, CO, which is a clothing-optional; Chena Hot Springs in Alaska where you can watch the Northern Lights, see the snow fall and be surprised by local Alaska wildlife; or Baines de Dores in the French Pyrenees, which has a naturally-heated pool with a mountain view.

Ryanair Changes Some Rules To Be More Customer Friendly: Many passengers complain about Ryanair's expensive and strict fees and rules, but @Skift tweeted that they've relaxed a few of their most intense rules. Now flyers can take a small second carry on bag with them, like a purse, in addition their carry on suitcase. They've also reduced the price it costs to print your boarding pass: if you've already checked in online but need to print the boarding pass, the fee has been reduced from 70 EUR ($95) to 15 EUR ($20).

Tips For Attending A World Cup Match: @FodorsTravel tweeted tips and tricks for attending World Cup Games. Tickets are available on the FIFA website or through travel agencies. Once you have your tickets, Fodor's provides reminders like there is no food and drink allowed inside the stadium to eat beforehand. They also provide useful tips such as noting that it's wintertime in Brazil and weather may be cold so wear a jacket, or taxis aren't usually available outside the stadium, so be prepared to walk.

Beware Of Paris's Biggest Scams: Paris can be pricey at the best of times, but if you get tricked by a conman then it can break the bank. Luckily @BudgetTravel has compiled a list of scams to watch out for in the City of Light. Beware of the String Trick, where criminals offer to make tourists a friendship bracelet then tie the string so tightly that they can drag them off to an ATM. Or the "Did You Drop Something?" trick, a distraction technique guaranteed to draw your eyes - and your attention - off your wallet. Basically, if you're standing somewhere and hear something drop to the ground, but you know you haven't dropped anything, just walk away, warns Budget Traveler.

Win Two Free Roundtrip Tickets To Your Choice Destination On Qatar: "Like" Qatar Airlines on Facebook and plan your dream trip, tweeted @Expedia. You have to select your travel preferences and upload a photo to make your own "boarding pass," then you will be entered to win a trip for two on Qatar Airways Business Class. The boarding passes with the most likes will win the competition, so make sure to share your boarding pass via social media. You must be over 18 to enter and you have until 11:59 pm PST January 31, 2014 to enter. Travel must be completed by June 30th, 2014, and winners will be announced in February.
[card card-name='Premier Rewards Gold Card from American Express' card-id='22035076' type='javascript' bullet-id='1']

Featured image by Real Food Daily became the first plant-based airport restaurant when it opened at LAX this week.