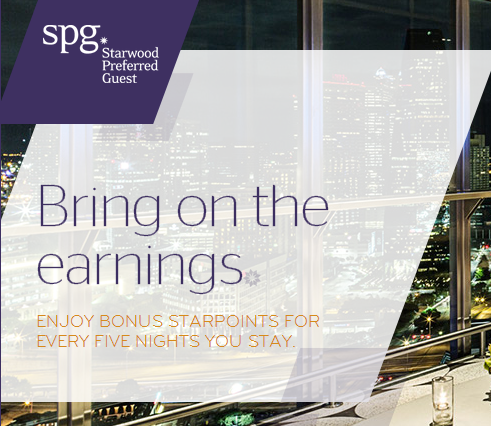 Saturday Recap: Delta Announces New Routes, US Airways Extends Status Through March 2014, Register For Starwood Bonus Promotion, Earn Bonus Points For Opening An Air India Flying Returns Account And More
This post contains references to products from one or more of our advertisers. We may receive compensation when you click on links to those products. Terms apply to the offers listed on this page. For an explanation of our Advertising Policy, visit this page.

Delta's new service from San Jose will be operated by Delta Connection carrier SkyWest Airlines using 76-seat, two-class CRJ-900s. The airline's new Juneau service as well as the additional Anchorage summer seasonal flight will be operated with a Boeing 737-800. Each plane has First Class and Economy Comfort seating and onboard WiFi.

US Airways Extending Elite Status Through 2014: US Airways contacted current Dividend Miles Chairman's Preferred members to let them know their status would extend through March 30, 2014. The email explained that all mileage balances and elite status were safe and secure and all benefits like complimentary upgrades on US Airway flights and priority check in and boarding would continue for the additional month. If you qualify for Preferred status by the end of this year for 2014, you will be notified by February and the new Dividend Miles Preferred status kit will come in the mail for you in early April. For more information regarding the merger and updated news and info, click here.

Register Now for the Starwood 's "Bring on the Nights" Promotion: Back in November, we wrote about the Starwood's Bring on the Nights Bonus Promotion, which consists of extra 2,500 bonus points for every 5 nights up to 20 eligible nights (10,000 points). If you hit 25 nights you also get a 5,000-point bonus. All Starwood properties are participating in this, no exclusions, and hotel stays can be from dates January 5, 2014, through April 30, 2014. Registration for this promotion is now open and is available until February 28, 2014.

Mama Shelter Offers Hotel Room Plus Champagne for $99: Hip French hotel group Mama Shelter is offering a Christmas deal: Mama Luxe hotel rooms in Lyon, Marseille, Bordeaux and Paris plus bottle of champagne starting at just $99 per night. The price is for one or two people, based on availability and valid for stays Dec. 22-25, 2013. This rate is non-cancelable, non-modifiable and non-transferable, requires full pre-payment. Rooms are 180-215 square feet and include: one double bed, 100% Satin smooth sheets, 24" iMac TV, Minibar, Microwave oven, Safe, FREE Internet & Wifi, FREE on-demand movies (up to 2 guests). You can book now until availability runs out.

Air India Offers 1,000 Miles For Opening A Flying Returns Account: Earn 1,000 Miles for simply opening an Air India Flying Returns frequent flyer mile account. Back in 2011, there was talk of Air India becoming part of Star Alliance, which later fell through the cracks. However, opening an Air India Frequent Flyers Miles account now may be a smart move, because about a week ago, Star Alliance issued a release stating that the integration process of the airline into the alliance was restarting.

Earn 3,000 HHonors Points For FTD Purchases: Get 3,000 HHonors bonus points per purchase at FTD. To earn Hilton HHonors bonus points, you must order online here or dial 1-800-SEND-FTD and mention promo code 24982. Eligibility for Bonus Points is based on completed sales (excluding cancellations) and on the date the product is delivered, rather than the order placement date. Points will be posted 6-8 weeks after purchase. Offer expires December 31, 2013.

50% Off On Economy Class Award Tickets With El Al Airlines: If you are a member of the Matmid Frequent Flyer Club, you can use just half the points usually needed for award tickets on certain routes. You have until December 26, 2013 to book, and departures must be between January 8- March 15, 2014, with the exception of New York and Los Angeles departures, which must be between January 20-March 15, 2014. The latest return must be March 30, 2014. For example, fly between New York and Tel Aviv for 700 points instead of 1,400, or between Tel Aviv and London for just 450 points instead of 900. For a full list of discounts and routes visit the El Al website.

Charmin Partners With Gogo Inflight To Sponsor Free Facebook Browsing on Holiday Flights: Charmin and Gogo Inflight WiFi are partnering to offer free Facebook browsing sessions during holiday flights from December 23-30, 2013. Participating Airlines are American, AirTran, Alaska, Delta, Frontier, United and US Airways. To surf for free, just turn on your WiFi in flight, open your browser and it should direct you to the Gogo login page where you should see details of the promotion.

Win A Trip To Amsterdam On KLM: KLM is hosting a straightforward contest with a prize of a trip for two to Amsterdam this winter from February 1-4. To participate, all you have to do is enter your information (KLM may send you promotional emails). Prize includes airfare for two to Amsterdam, 3 nights stay at Mercure Hotel Amsterdam Arthur Frommer, a 5-course dinner at Ricardo's in Odeon, a Karos horse and carriage ride through Vondelpark, chocolate tasting at the Park Hotel by MOMO, an evening meal at a trendy restaurant Baut, free entrance to the Stedelijk Museum including dinner, two I amsterdam City Cards and one Sony camera. You have until January 12, 2014 to enter.

Win One Of 12 Amazing Vacations Around The World: @zozi tweets about the 12 Days of Adventure contest, which offers one fabulous prize trip per day for twelve days in a row. Prize trips are to destinations like Spain, Nicaragua, and the Western USA. Winning travel packages include accommodation, all internal transportation, specified activities, and specified meals. You may enter the sweepstakes once per calendar day (12:00am PST – 11:59pm PST) until December 23, 2013 by visiting the daily sweepstakes homepage and entering your email address. One additional entry per day will be granted for clicking on one of the Facebook or Twitter prompts on the entry confirmation page.
[card card-name='Premier Rewards Gold Card from American Express' card-id='22035076' type='javascript' bullet-id='1']