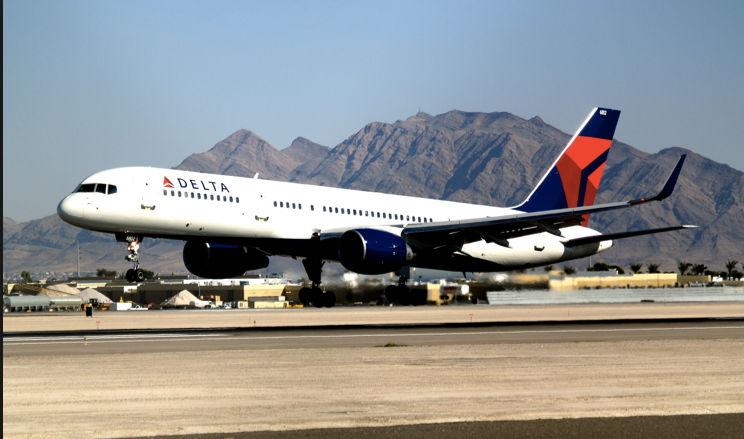 Saturday Recap: 35% Savings at Starwood, Free 2-Day Shipping for Amex Cardholders, 20% Off United Awards to Europe and More
This post contains references to products from one or more of our advertisers. We may receive compensation when you click on links to those products. Terms apply to the offers listed on this page. For an explanation of our Advertising Policy, visit this page.

American Express Partners With ShopRunner For Free 2-Day Shipping: American Express cardmembers can now take advantage of 2 days of free shipping with over 80 online stores with a complimentary ShopRunner membership (valued at $79). You must first go to www.shoprunner.com/americanexpress and enroll an eligible card (which can be an American Express U.S. Consumer or Small Business credit or charge card). Once your card is enrolled here, create a ShopRunner log in and shop at participating stores, and select eligible items and select ShopRunner at checkout.

If you've not familiar with ShopRunner, it is a members-only service that allows you to get 2-day shipping with no minimum order from a wide range of stores including Toys"R"Us, Brooks Brothers, Calvin Klein, Tommy Hilfiger, GNC, and American Eagle Outfitters. Of course, when it comes to maximizing miles, I always recommend shopping through an online shopping portal such as American Airlines AAdvantage eShopping to get more bang for your buck.

Get Up To 35% Savings And Earn 1,000 Bonus Points With SPG: Starwood is offering more incentives to stay at their Villa Resorts now through February 5, 2014. Book into a Starwood Villa Resort and get up to 35% savings, 1,000 bonus points, a free night and complimentary upgrade based on availability if you book now through November 15, 2014. There are participating resort destinations in Scottsdale, AZ, Palm Springs, CA, Beaver Creek, CO, Jensen Beach, FL, Port St Luice, FL, Orlando, FL, Myrtle Beach, SC, and Cancun, Mexico.

Among the destinations are the Sheraton Mountain Vista Villas in Vail Valley, where you can get a one-bedroom villa for $105 per night in November or 10,000 Starpoints.

United Airlines 20% Off Sale On Award Tickets To Europe: United announced this week that they are knocking 20% off Mileage Plus Saver Award flights to Europe. Bookings must be made now through 11:59 pm CT November 19, 2o13, for travel January 13-March 11, 2014. Click here for the full terms and conditions. The offer applies to travel from all of the US and Canada, but not Hawaii, and does not include partner airlines or United-marketed codeshare flights. You must also book a roundtrip ticket with no stopovers, but open-jaw reservations are allowed, e.g. fly into London and out of Brussels.

United serves a wide range of destinations across the pond and in mainland Europe, including Amsterdam, Barcelona, Belfast, Dublin, London, Paris, Rome and Zurich. Their current sale comes in the wake of a far less positive announcement last week, when it was revealed that starting February 1, 2014 they will require more miles (a ton more in some cases) for award travel – especially on partner airlines and in premium classes.

Air New Zealand Announces That Auckland-Perth Will Be First Scheduled Route By New Boeing 787-9: In anticipation of delivery of their new aircraft next year, Air New Zealand announced on Thursday that Auckland-Perth will be the first scheduled route ever operated by the next-generation Boeing 787-9 Dreamliner. The new aircraft has three cabins: Business Premier (featuring 18 lie-flat seats), Premium Economy, and Economy – including the unique Kiwi-designed Economy Skycouch. Next up after Auckland-Perth (which is operated as part of its trans-Tasman alliance with Virgin Australia) will be long-haul routes to Auckland-Tokyo and Auckland-Shanghai. Air New Zealand and Virgin Australia customers are able to book on the 787-9 service between Auckland and Perth for travel from October 15, 2014.

Delta Announces They Are Reducing The Number Of Seats In Their 757-200s: It has been a year of devaluations for Delta, who announced that they are reducing the number of first class seats on their 757-200 aircraft. The number of seats upfront will be cut from up to 26 to 20 seats. This will only affect their domestic fleet, not the the transcontinental aircraft that usually have 16 first class seats. The A320 will now have 16 seats in first. The seat-slashing comes in the wake of the airline raising BusinessElite low mileage redemption levels and discontinuing the option to hold award tickets in August. Delta blamed the cuts, which will go into affect in June 2014, on recent upgrades to their fleet including full flat-bed seats in business class on all its wide-body aircraft by June 2014.

Russia 72-Hour Transit Visa: Like China has recently done with Shanghai, Beijing, Guangzhou and Chengdu, Russia has plans to introduce a policy where you can travel to the country for up to 72 hours without a visa provided you then transit on to another country. Currently you can do so if arriving by cruise ship in St. Petersburg, but the legislation being proposed would open that up to visitors from 20 countries including the US, China and several EU countries arriving in 11 airports - if they buy a ticket on a Russian airline. While I'm not sure how useful this proposed visa-free transit policy will be because of that, as well as the xenophobic policies in place in Russia at the moment, but at least it's a move that should ease some travel through the country.

Ring In The Holidays With Radisson Blu With A Free Night: Radisson Blu is leaving a free night stay under your Christmas tree when you stay for three nights in one of their participating hotels. Now through December 31, 2013, book a 3-night stay from December 13, 2013-January 5, 2014, and earn an extra free night. Note that the offer is not cumulative and is limited to a 1-night stay and is only for new reservations and individual bookings. With Radisson Blu hotels located in festive cities around the world such as Paris, Madrid, Beijing, Amsterdam and Warsaw, there are lots of options to ring in the holidays somewhere special.

Room rates at the Radisson Blu Hotel Amsterdam start at 149 EUR ($199) over Christmas from December 23-27, but with the free night that averages out to 125 EUR ($166) a night, which isn't bad considering you get to celebrate in the Dutch capital where the legend of Santa Claus lives strong and 16th- and 17th-century houses are strung with lights from early December onwards.
[card card-name='Barclaycard Arrival™ World MasterCard®' card-id='22089566' type='javascript' bullet-id='1']

Related stories
Don’t forget: You have one month to use up your Uber Rewards points
You can earn Southwest points with the Rapid Rewards Dining program: Here's how
Fly premium economy to Istanbul starting under $1,000
Now live: Chase Freedom cardholders can earn 5% back on PayPal and Walmart purchases this quarter
Featured image by Delta 757-200