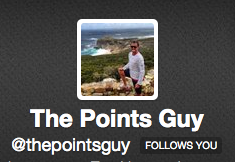 Social media is increasingly becoming the method airlines, hotels, credit cards and consumers get in touch with one another about the latest news, deals and promotions. Here’s a look atthe latest interesting contests, trending topics and more on social media from the week.

Cruise Passengers Without Adequate Insurance Could Pay Huge Medical Bills: Going on a cruise has been risky business lately, and @Telegraph Travel is warning that passengers could be left high and dry if they have inadequate medical insurance. A report from the consumer magazine Which? Travel has highlighted the huge bills that can be incurred by cruise travelers who are taken ill during a voyage, reported the Telegraph.

Off-Duty Delta Pilot Allegedly Groped A 14-Year-Old Girl: A Delta pilot who was flying from Detroit to Salt Lake City as a passenger has been accused of groping the teenage girl who was sleeping in the seat next to him. Michael James Pascal, 45, was riding in the middle seat of a Delta Airlines flight bound to Utah Saturday while the unaccompanied minor was seated in the window seat next to him, according to a complaint filed in U.S. District Court in Salt Lake City, reported @DetroitNews. Pascal has been charged with intentionally touching directly or through the clothing a person older than 12 but younger than 16.

Calm After The Storm, Destinations That Survived Sandy: A year after the mammoth storm hit, @Budget Travel is celebrating the top destinations that survived Hurricane Sandy. Included in the list are Coney Island, Atlantic City, Lower Manhattan and the Jersey Shore.

Ellis Island Opens To Tourists Again After Sandy Flooding: Also celebrating a healthy recovery a year after being hit hard by Hurricane Sandy is Ellis Island. The American gateway for millions of immigrants at the turn of the century reopened to the public on Monday and hundreds of visitors have already hurried to the historical landmark. While the French Renaissance Revival building escaped any major structural damage during the storm, the museum's collection was moved to storage after severe flooding and not all of it has been returned yet.

Sleepy Hollow, NY, Gets A Halloween Tourism Boost: Fox's new drama series Sleepy Hollow is hitting the airwaves at the perfect time to give the real-life town a boost in tourism. @HuffPost Travel revealed that this fall season is even busier than usual in the New York village, thanks to a hit TV show that plays off the legend of the Headless Horseman. It mentions several places in modern-day Sleepy Hollow, located on the Hudson River 25 miles north of New York City, and now visitors are keen to see it for themselves.

Justice Department Agrees To Mediate American Airlines And US Airways Merger: The merger battle between American Airlines/US Airways and the Justice Department could be headed towards a resolution, reported @USAToday Travel. The three parties said in a filing made on Monday that they've agreed to a mediator that was suggested by a US district court judge in Washington, who will attempt to facilitate a settlement resolving the government's lawsuit to block the proposed merger. If a settlement can't be reached, a trial will begin on November 25th.

Mets Baseball Player LaRoy Hawkins Subdues Unruly Passenger On A Plane: While he won't be playing in the World Series this week, Mets reliever LaRoy Hawkins proved he was a hero off the baseball field when he subdued an unruly passenger on an American Airlines flight to South America, reported @NYDNSports. “We had to subdue a guy who was upset about not being able to sit in an open seat in business class. He and flight attendant started wrestling and fell into my lap. The (flight attendant) said he needed help,” Hawkins told the Daily News via text message. According to a report, the flight made an unscheduled stop in Lima, Peru, then continued to Santiago, where the sports star and his friends were going hunting doves.

Here are some of the most exciting social media promotions and competitions from the past week:

Earn 100 Bonus Avios Per Day When You Rent A Car With Avis And Enter To Win 500,000 Avios: British Airways has partnered with Avis Car Rental so that if you book a car before November 30, 2013, you will receive 100 bonus Avios every day, for a maximum of 15 rental days. The bonus is in addition to the 1 Avios per $1 spent on Avis car rental and a minimum of 500 Avios per rental. You can also enter to win 500,000 Avios in a sweepstakes, now through 11.59 p.m. EST on November 30, 2013. Enter online here or when you make a booking, although no purchase is necessary.

Win A Trip To Europe With Contiki Tours: The popular tour company targeted at 18-35 year-olds looking for adventure is giving away a dream trip for two to Europe next summer. The competition is part of Contiki's #NOREGRETS Facebook promotion, which encourages young travelers to live life to the fullest. You have to be 18 to 35 years of age is eligible to participate in Contiki’s #NOREGRET Summer Europe Sweepstakes, click here to enter now through 4.30 p.m. PST on November 18, 2013.