Is Premium Economy The New Business Class - And Business The New First Class? 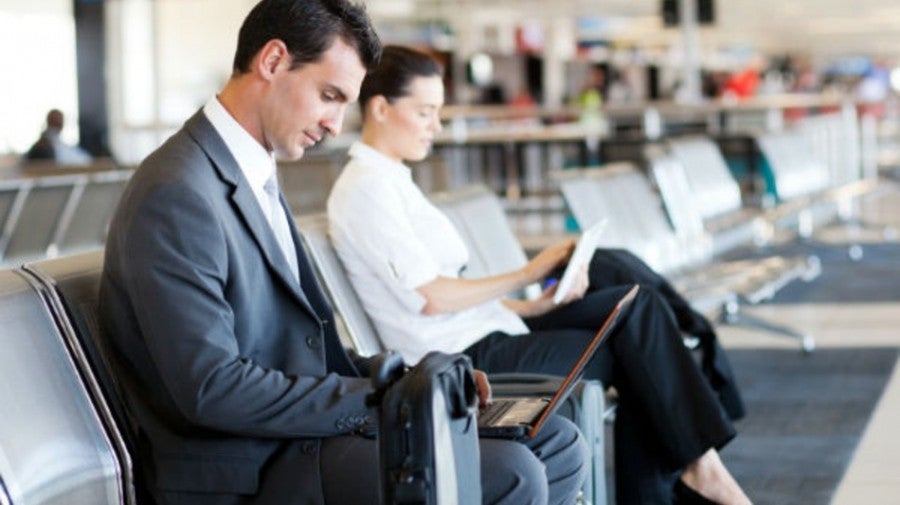 Is Premium Economy The New Business Class - And Business The New First Class?
This post contains references to products from one or more of our advertisers. We may receive compensation when you click on links to those products. Terms apply to the offers listed on this page. For an explanation of our Advertising Policy, visit this page.

The economy is picking back up again, and that has meant a bounce back in the number of business travelers for airlines and hotels. While many, including myself, have conjectured that this was part of what was behind the major hotel points programs devaluations this spring as well as an increase in both the number and prices of the ancillary fees airlines have begun charging on everything from checked bags to same-day flight changes. More travelers means more revenue streams and purchased rooms and tickets, so airlines and hotels are less inclined to give away benefits for free even to their elites, and they will release less award space at higher prices.

It's not all bad news, though. The economic rebound (weak as it is) has also meant that more and more business travelers are flying and staying, and airlines and hotels now have the cash flow to reinvest in their fleets and properties - as we have seen airlines including American, Delta, United and JetBlue doing with their transcontinental fleets (especially the premium cabins) and hotels beginning to build new properties and renovate existing ones in the hopes of wooing more of these high-yield travelers. So hopefully all of us will start enjoying the benefits of them on our travels soon enough.

In terms of business travelers, I found one recent study released last week to be very interesting. The economic recovery has been slow, so though some business flyers are returning to business and first class, many are still stuck flying coach thanks to budgetary restrictions as well as policies instituted during the recession that prevents them from purchasing tickets in certain classes (usually first, though business sometimes as well), even if the prices are decent.

The study by Business Leaders Group surveyed 306 travel agency owners with client bases of 50% or more business travelers and found the following:

-A 3.5% increase in the number of clients staying in either “luxury” or “upper upscale” hotel properties while on the road for business

-A 4.6% increase over last year in the number of agents indicating “11% or more” of their business travel airline bookings are in First or Business Class.

-Year-over-year business travel bookings are “on par or better than last year” at this time for 84.3% of the survey participants.

What I found interesting was that the major reason for not flying business or first, rather than cost which was still a major factor, was company policy. That means that even business travelers who have the budget to fly premium classes are still flying economy instead, and airlines are taking note.

First, in the ways I wrote about in a previous post by creating "more legroom" coach sections like American's Main Cabin Extra, Delta Economy Comfort, United Economy Plus, etc., and charging flyers for doing everything from getting a roomier seat to simply being able to select an aisle seat prior to check in and that cost flyers anywhere from $9 up to hundreds of dollars like it would have cost me to reserve my Economy Comfort seat on KLM to South Africa last month if I didn't have Delta Platinum Medallion status. To read more on that, check out my post on the Top 10 Ways To Get A Better Economy Seat.

However, airlines are also creating new Premium Economy cabins or expanding and updating existing ones specifically to capture this potentially very lucrative market segment since they often charge close to double an economy fare for seats in this section and yet manage to pack in nearly the same amount of passengers as in a regular coach section.

Case in point, Lufthansa has announced that it is introducing Premium Economy on its A380's starting next year and has ordered 3,000 seats to create its fourth class of service on the 10 aircraft it currently has (with 5 more on order), which should start being available in the summer of 2014. That's in addition to the new flatbed seats Lufthansa is finally outfitting its long-haul business class cabins with. It also follows Air France's announcement that it will be investing 500 million euros ($650 million) to renovate its long-haul economy and premium economy cabins - including more connectivity and power options, larger screens and more head support - starting this year followed by business class and first next year.

It's interesting that Lufthansa is only now coming to this decision, especially since the airline definitely targets the premium business market and has a great first-class cabin and a very decent economy product, but has neglected its business class cabin for years now (still angled lie-flat until the new flatbed seats are introduced fleetwide) and has not had a premium economy. My guess is that it's seen other airlines that do offer it, including British Airways (which introduced its premium economy in 2000), Air France's Premium Voyageur, Cathay Pacific, Virgin Atlantic, KLM Economy Comfort, stellar economy products from the Middle East carriers, and even the roomier regular economy seats on US carrier biting into more of its long-haul business traveler base. Of course, Lufthansa is notorious for its deliberate decision-making process - it took four years of surveys and passenger feedback to come to the decision to update its business class and introduce premium economy, so it hasn't been the most adaptable airline in that respect, but it's still good to see it making these much-needed changes.

Details on the new seat are not yet available and won't be unveiled until next spring, but Lufthansa spokespeople have said that not only will the seats be roomier (my guess is around 38-39 inches in pitch and 19 inches wide), but that they will also include enhanced amenities to justify a ticket price that's much higher than economy seats.

Hopefully that will push carriers that already do have premium economy to update their existing products as well. In my opinion, the best premium economy product out there is probably Air New Zealand's futuristic "SpaceSeats" on the 777-300ER since they resemble a business class seat with stitched white leather and a unique configuration that allows couples in the middle section to enjoy the experience together but affords pairs of people seated on the side sections of the plane to have more privacy. The airline only operates 5 of these aircraft currently on routes from Auckland to LAX and on to London, so it doesn't seem to have the critical mass to have affected the premium economy market overall, but Lufthansa's massive order might just be move that does.

I tend to fly business or first class when it comes to long-haul travel. That's not only because of my height, which precludes sitting in many economy seats for a long time, but also because I am regularly able to get some great values from my points by redeeming them for premium classes of travel (and yes, I also enjoy them a lot!), which takes care of budget concerns. So I'm not sure I'll be flying Premium Economy on a regular basis, though I am interested in trying some of the new offerings out when they come online and I think a lot of other business travelers will too, especially those whose company policies exclude business/first travel.

For more information on the current Premium Economy offerings out there, check out this handy Seat Guru chart that compares them all by airline and aircraft, and in the meantime, share your thoughts below - are you a business traveler who has to fly economy and will these new products convince you to fly one airline over another?