Tips For a First Trip to Tokyo

During my few days in Tokyo earlier this year, I stayed at the beautiful Park Hyatt Tokyo and did my best to not let the 14 hour time difference and jet-lag overpower me. I think I did pretty good at pushing through and making the most of my limited time there, but there is no doubt I was a little bit like a fish out of water. This was my first trip to Japan, and I really had very little clue as to what I was doing. The good news though is I still survived, and only had one real incident where I was just totally confused. Here are a few notes from my experience.

I know this is shocking information, but don’t expect everyone you encounter to know English, because they won’t. The staff at the Park Hyatt knew English, as did a few others I encountered, but once you step out of the very tourist centric areas, your ability to communicate in English drops off quickly. For me, Japanese isn’t like Spanish. I can fake my way with Spanish enough to at least order a hamburger and ask where the bathroom is, but I know about as much Japanese as a rock. 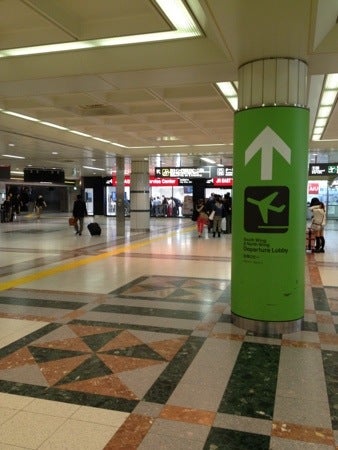 There are some signs in English, but a couple of times with cab drivers I had to show them a map on my iPhone with where I wanted to go. Having the destination (or at least your hotel address) in Japanese would also be a smart idea.  When leaving the Park Hyatt I would have the staff there tell the cabs where to take me. One time when trying to get out of a subway station my card wouldn’t work and myself and the attendant got pretty flustered trying to communicate a problem and solution. I eventually just started trying to hand him more yen hoping he could just help me get a new ticket, but that didn’t work either. I honestly can’t remember how we eventually resolved whatever issue there was, but I do remember it being kind of stressful having no clue what I was supposed to do.

But…that is part of the fun, I think. I think it is okay every now and then to put yourself in a situation where you have to rely on more than your words to get you around. I had to use all of my senses to try to figure out where to go and what to do sometimes. Luckily, I had timed my trip with a Flyertalk JapanDo (and there is another in 2014), so for some of the trip I was around others that either spoke Japanese, or at least had been there before. That was a huge blessing as it limited the time I had to totally winging it by myself. 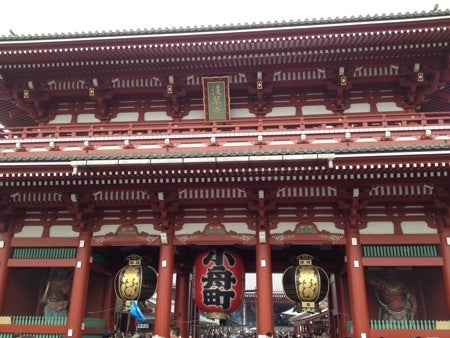 The trains are great, but subways/trains are not all operated by the same group and can be confusing:

You want to get the Suica nad N’EX deal at the airport when you land. The Suica & N’EX package is available only to foreign passport holders, and is a great deal to get you started with public transportation. Adults are 5,500 Yen and children 2,400 Yen for a round trip package that includes round trip transportation on the Narita Express to/from the airport, and some money on your Suica card. The N’EX (Narita Express) train was a very clean and very efficient way to get to/from Narita into Tokyo and the Shinjuku Station near the Park Hyatt. You are given an assigned seat, which was strange as there were many open seats but yet someone was seated next to me almost the whole time. In the US, someone would have likely just moved seats to an open one and said to heck with the assigned seats, but in Japan everyone sits where they are supposed to. Here is a little more info on that process.

The Toei Subway and Tokyo Metro are two seperate entities that run some of the subway lines in Tokyo. I won’t even pretend to know much more about this other than to say it is a bit confusing at first. In fact, I might still be a bit confused, so Tokyo experts feel free to weigh in.  However, I do know that having the Suica card makes life much easier as you can easily use it to pay for the subways as well as things like snacks and drinks! The subway system was very good, but just start small with little easy trips first and then you will gain your confidence after a day or two.  It also helps to know what exit to look for in the subway station as the wrong exit can let you out far from where you want to be. 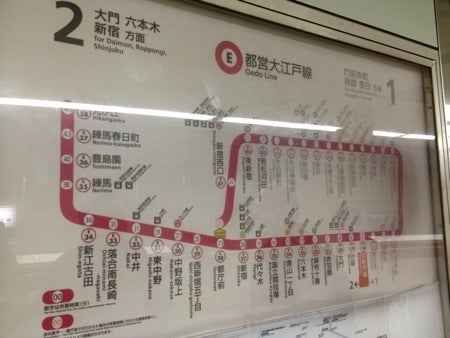 Go to the Tsukiji Market for the tuna auction and sushi:

Your internal time clock is going to be royally messed up no matter what you do, so take advantage of that situation and on your first morning or so, get up insanely early and go to the Tsukiji Market to watch the tuna auction. Only the first 120 people can get in for the auctions, and while registration starts at 5AM, the line-up to be one of the first 120 starts well before that. I got there at 3:45AM and was way too late. However, it was during cherry blossom season and I think 4:15AM would sometimes do the trick to get in. Since I didn’t make the cut, I can’t comment on the auction itself but we did stay in the market and make the most of it.

That early in the morning, it is pitch black, but there are fork-lifts and trucks driving all over the market during their work. You need to be very careful to not get run over. If you do bring small children here, then you need to hold them or at least hold their hand the entire time. It is really pretty dangerous in that sense. 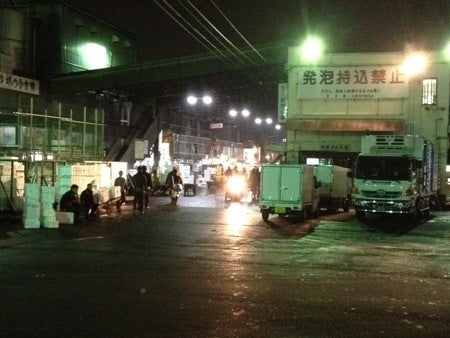 We headed over to line up to get breakfast eating the freshest sushi I have ever had. The famed Sushi Dai line was already hours long by 4:30AM, but we ate nearby at Yamato where the line was not yet as long (though it got long in a hurry after we lined up). 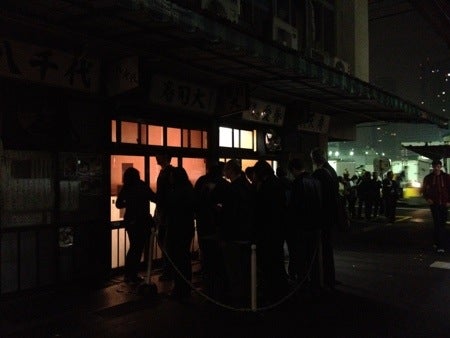 About 35USD got you a set menu of sushi that was simply amazing. I do believe it was a cash-only joint, so plan accordingly. 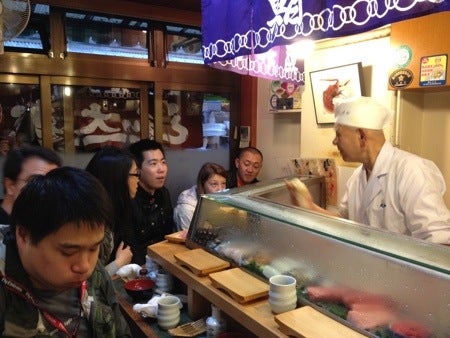 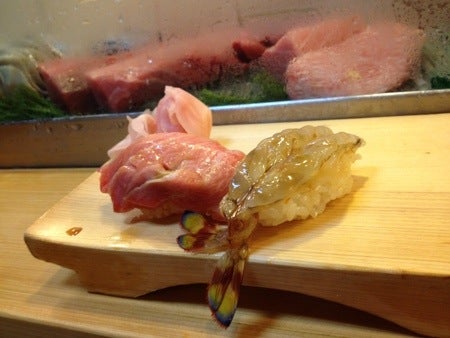 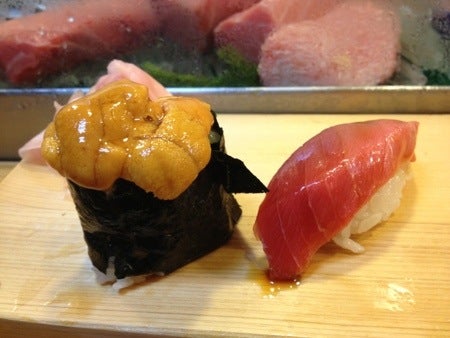 After breakfast the sun was up and we went through some of the shops and I bought some beautiful bowls and kid-friendly chopsticks to bring home to Little C! I highly recommend verifying that the auction is happening the day you want to visit before getting up at such an unholy hour as it does not operate 7 days a week. 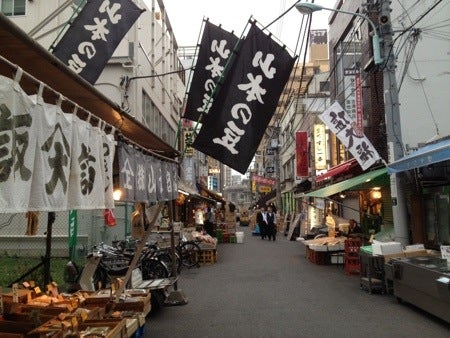 See the cherry blossoms:
If you can plan your trip around cherry blossom season, it is a sight to see. I just kind of dumb-lucked into those dates, but it is easy to see why it is such a big draw.  It happened earlier than expected for Tokyo in 2013, but typically occurs sometime from late March to mid April.  I saw many local families having picnics in parks all over the place under the cherry blossoms!  Here is a site with much better shots of the cherry blossoms than I have. 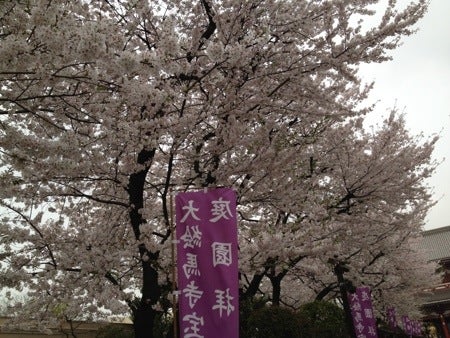 I brought some yen from home thanks to my local bank, but otherwise you need to be aware that not every ATM will work with your US debit card.  I’m really glad I brought some cash with me, as I saw some others had to really work hard to find an ATM that worked with their cards.  There was one or two in the Narita Airport that many had success with, but around town it got a bit tougher.  Credit cards are accepted in Japan, but not as widely as in the United States, so having some local currency on you is the best bet.

Get “Lost in Translation”:

I mentioned this earlier, but seriously don’t stress if you don’t know what is going on or where you are 100% of the time.  I’m not saying put yourself in a dangerous situation, but it is okay to feel like you are a foreigner in a foreign land for a while.  Allow yourself time to explore and experience just being in Tokyo without always having a scheduled tour or exact destination in mind.  Then after your adventure, go back to the Park Hyatt and enjoy an amazing massage.

Those were some things that stood out to me after my first trip to Tokyo, but I would love to hear some more tips for Tokyo newbies from those who have been before!

Summer Hull aka Mommy Points, ran the Mommy Points site for families who want to travel more for less using miles and points for seven years and now heads up TPG Family when she isn't exploring the world with her own two girls.
You might like
How I’m getting a free Disney World trip using credit card perks and points
News
7m ago
Hawaii governor lays foundation for vaccinated travelers to avoid quarantine
News
3h ago
UNICEF and its partner airlines team up to ensure global vaccine distribution
News
4h ago
Chase Sapphire Preferred® Card