Can American Airlines Survive Without A Merger? 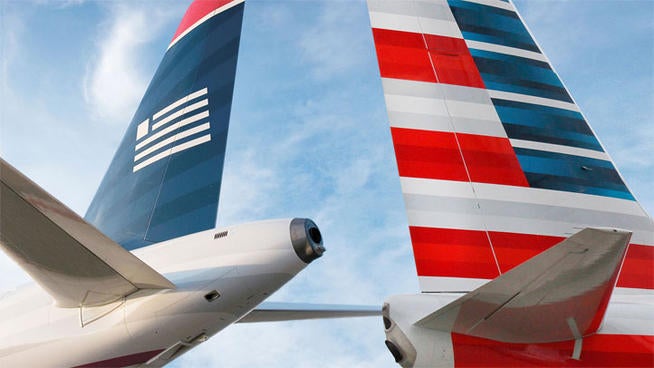 Can American Airlines Survive Without A Merger?
This post contains references to products from one or more of our advertisers. We may receive compensation when you click on links to those products. Terms apply to the offers listed on this page. For an explanation of our Advertising Policy, visit this page.

I've been asked a lot about the US Airways/American Airlines merger and my opinion is that it will be bad for consumers for a variety of reasons. No one can predict what will happen to fares (numbers can be massaged to prove either case), but deep down I believe they will and I don't think having less choices in the marketplace will benefit consumers. Does that mean the merger shouldn't go through? That really just depends on your philosophy of government intervention in the markets - a topic I don't care to delve into today.

One of the arguments in the comments section of my Top 10 Reasons I Don't Want an American/US Merger to Go Through was that "AA & US Airways as standalones isn't an option, the huge airlines will crush them," but I don't agree with that at all. I just don't believe that bigger is always better when it comes to airline profit. Some of the most profitable airlines in the US are smaller, nimble carriers like Allegiant, Spirit and Alaska. I understand the need for airlines catering to business travelers to have strong route networks, but that can be achieved by strong partnerships as exemplified by Alaska Airlines.

In fact, today American filed SEC paperwork today showing that AMR earned a net profit of $352 million in July, excluding reorganization and special items, which apparently is "a record for any month in American's history" according to my contacts there. All of this, even though the merger is currently at a standstill due to the Department of Justice lawsuit and likely won't be seen by the courts until November at the earliest.

I firmly believe that if American can rework some of the labor contracts that for years has saddled it with higher operating costs than the other airlines who have been able to reorganize through bankruptcy, they can emerge as a standalone carrier and win in the marketplace. They've focused on building a fleet of new planes and building an in-flight product that I think consumers will respond positively to in the long run. I firmly believe they can compete on their own and don't need a drawn-out merger to propel the airline to success. As a frequent flyer I've been through many mergers, including US Airways' last merger with American West and they're always painful from the consumer perspective. I was flying San Juan to Philadelphia on the integration day of US/America West and was stranded for hours as a computer outage grounded flights. That was a much smaller merger in comparison to the American deal, so I can only imagine what will happen with two behemoths try to merge not only technology, but vastly different corporate cultures.

Selfishly, I don't want this merger to go through because I grew up flying US Airways and while they've improved over the years, they still have a nasty customer service culture that I don't want infecting American, which is my primary carrier. I recently redeemed miles to fly my 90-year-old grandmother from Los Angeles to Charlotte in first class and the plane was delayed 8 hours due to mechanical issues. Fine, that happens. However, when they finally boarded they were told that the food had spoiled and to "just be happy the plane is taking off." The flight attendants made one pass through the first class cabin after takeoff and then went into the galley for the entire flight. While there are bad customer service stories about every airline, American Airlines is by no means unscathed from criticism, I feel like US Airways has a "half-assed" culture that will inevitably poison the new carrier, similar to how United's blase customer service has overtaken the once perky and customer friendly Continental. Most of my friends who flew Continental really wish they had the "old Continental" back.

Will the merger actually go through? That's the million (or billion) dollar question that will be answered after the Department of Justice's anti-trust lawsuit is brought before the courts. American and US are mounting a campaign to win in the court of public opinion, but with American's record monthly results, I can help but think they'll be able to survive and compete as a standalone carrier. If consumers only wanted gigantic mega-airlines, wouldn't they have already left for United and Delta?
[card card-name='Chase Sapphire Preferred® Card' card-id='22125056' type='javascript' bullet-id='1']

Related stories
When does airline elite status expire?
Act fast: Get a $15 Lyft credit with your Walmart+ subscription
Increased offers available on Barclays cobranded business cards
This top cruise line is now throwing in free tours worth thousands of dollars if you book
Featured image by Loyalty Program Merger Updates: 2015 It Is!