Video SRQ: Transferring Membership Rewards Points To Maximize A Bonus Without a Redemption in Mind 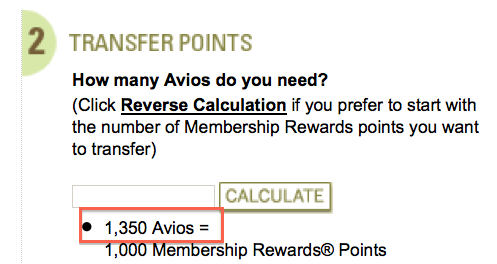 Video SRQ: Transferring Membership Rewards Points To Maximize A Bonus Without a Redemption in Mind
This post contains references to products from one or more of our advertisers. We may receive compensation when you click on links to those products. Terms apply to the offers listed on this page. For an explanation of our Advertising Policy, visit this page.

"Would it be smart to transfer points to British Airways Avios from American Express Membership Rewards with the current bonus if you don't have a redemption in mind? I was going to transfer some anyway to keep the account active, but I was tempted to transfer more. I know Avios are good for short haul flights. Since we mostly fly out of Orlando MCO it looks like unless we fly to an American Airlines hub, we're stuck redeeming 2 segment awards. Would that take back any benefit of the bonus? Is there any other spot where using Avios out of a non Oneworld hub city make sense? We are going to Australia next year. Could it be worth it for Qantas domestic tickets?"

In general, I recommend keeping points in your American Express Membership Rewards account until you need to use them. Having the flexibility to transfer your points to different partners and take advantage of current promotions is the beauty of the Membership Rewards program.

However, transfer bonuses have been few and far between lately, and not as high as their historic highs. The Amex 35% transfer bonus to British Airways is a pretty good deal and should be taken advantage of IF you know how to use Avios. If you would like more information on how to maximize British Airways Avios, you should read this series which includes several different posts on the various aspects of Avios like maximizing distance-based awards, avoiding high taxes and fees, the Travel Together companion ticket, and using Avios for upgrades.

You mentioned you fly out of Orlando which isn't an AA hub and that raises a problem because British Airways Avios awards are based on each segment rather than zone, so as you say, you could be shelling out Avios for at least two different segments by taking a flight to an AA hub and then connecting there.

However, if you do go to Australia, Avios can be huge for domestic Australia flights because it is partners with Qantas. Since Australia is a really big country, when you’re flying from one side of the country to the other transcontinental flights (in business class especially) can be through the roof. There’s not a ton of competition in Australia so redeeming your Avios for flights with low surcharges can absolutely make sense as well and since British Airways doesn't charge close-in booking fees, even if your plans change at the last minute, you won't end up spending a huge amount of extra cash.

I would try to hedge your bets and transfer a portion of your points into British Airways, that way if a better bonus comes along you won’t feel so bad that you just depleted your account on this, but you were still able to take advantage of a pretty good promotion. If you're comfortable using Avios and really maximizing their value - which is possible in lots of different ways - I say go to town!

I know that wasn’t a clear cut answer to your question, but if I were you I would transfer some Membership Rewards points in for now and see what else comes along. As long as you are comfortable using Avios and know how to take advantage of them then go to town!
[card card-name='Premier Rewards Gold Card from American Express' card-id='22035076' type='javascript' bullet-id='1']

Featured image by The 35% bonus is hardcoded into the transfer ratio so 1,000 Amex = 1,350 Avios
Editorial disclaimer: Opinions expressed here are the author’s alone, not those of any bank, credit card issuer, airline or hotel chain, and have not been reviewed, approved or otherwise endorsed by any of these entities.

Our points-obsessed staff uses a plethora of credit cards on a daily basis. If anyone on our team wouldn’t recommend it to a friend or a family member, we wouldn’t recommend it on The Points Guy either. Our opinions are our own, and have not been reviewed, approved, or endorsed by our advertising partners.
See all best card offers
Related stories
News
Use this Amex Offer for a free meal worth $50 — or maybe more with referrals
Guide
The best ways to use your Chase 5/24 slots
Deals
Norse Atlantic deal: Fly to Europe for as low as $129 one-way
News
First ticket draw for the 2024 Paris Olympics has closed, but you have a second chance in March