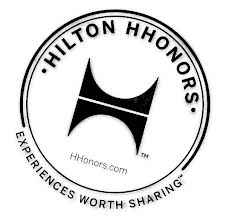 Will Expiring Hilton Award Certificates Ruin Your Award Stay?
This post contains references to products from one or more of our advertisers. We may receive compensation when you click on links to those products. Terms apply to the offers listed on this page. For an explanation of our Advertising Policy, visit this page.

TPG contributor Nick Ewen takes a look at yet another headache caused by last month’s Hilton HHonors devaluation – this one involving the award stay certificate the program issues when you make an award reservation, which are only valid for a year from the reservation date – a big issue since many people scrambled to make what reservations they could before point requirements went up – and what HHonors members can do to ensure they get to enjoy their stay even if it’s over a year out.

The Hilton HHonors devaluation became official March 28, 2013, but unfortunately, several things remain up in the air and will probably remain unsolved for a while. One of the biggest remaining question marks involves any reservations booked for more than 12 months out. When booking reservations online (both paid and award stays), the calendar limits you to within a year. However, many savvy travelers recognized that by calling, you could actually make reservations well into 2014 and even into 2015; given the scale and scope of last month’s devaluation, making these speculative bookings could be a valuable opportunity to save a large chunk of points.

However, there was one small problem with this plan, and it all comes down to the way Hilton HHonors books and processes their award reservations. In the past, all award stays would include two e-mails: one with the usual confirmation and the other with a certificate for the award stay and the points would be deducted from your account. The certificate used to be “required” at check-in (though I found that many properties didn’t enforce this requirement, hence the quotation marks).

In the last year or two, however, Hilton changed this process. For standard and the now-discontinued GLON rewards, you didn’t receive the actual certificate; instead, they would be sent directly to the hotel. However, for AXON rewards and free nights earned through the Citi Hilton Reserve card, certificates are still issued, and the certificates are valid for one year from the date of issue. (The good news is that Citi Hilton HHonors Reserve certificates are good at all categories of hotels except for this exclusion list.

Herein lies the problem, and it’s one that TPG reader Upen encountered the day before the devaluation when he wrote:

“Per your recommendation to make HHonors award reservations before the devaluation, I redeemed Hilton AXON awards for December 2013, April 2014, and December 2014. I called back to make my final reservation and the person told me that the certificates are only valid for 365 days so my award reservations in 2014 are going to be no good, as they are outside the 365 days. Is that correct?”

Upen raises a great (and nerve-racking!) question, and it’s one that has been discussed extensively in numerous FlyerTalk threads. This one discusses the devaluation in general (start at post #915 for the certificate discussion), and this one from last Wednesday focuses specifically on reservations booked more than a year in advance.

There are basically two different ends of the opinion spectrum. Some claim that any reservation booked for more than a year in advance will be invalid, since the reward certificate will be expired by the time you check in. They believe that the reservation will be cancelled once the certificate expires or (even worse) that the hotel will either force the guest to pay the rack rate at check-in or deny them a room entirely if they are sold out.

Others take a more “glass half full” point of view, believing that Hilton HHonors will (or should) honor these bookings regardless of the expiration date of the certificate. Why did their system allow the reservation for more than a year in advance if the certificate isn’t valid past a one-year window?

So what camp does Hilton fall into? Shockingly enough, there hasn’t been any official communication from Hilton Worldwide about this issue, only the rumors or hearsay reported in the aforementioned FlyerTalk threads. However, they are definitely aware of this issue. I called to ask about post-devaluaion AXON awards, and the Diamond Desk rep (without any prompting on my part) specifically mentioned that the certificates for any AXON or GLON reservation expire a year after issuance. That means that anyone who booked on March 27 (or earlier) for stays more than a year out will have invalid certificates. When I pressed her about what would happen to these confirmed reservations, she said she didn’t know but offered to transfer me to a “Guest Services” agent who could help. This agent gave me the number for Hilton Worldwide’s corporate office, and I left a message at the public relations department asking for clarification. I’m not holding my breath for a response.

However, there is a bit of good news. Hilton and Amex officially confirmed that AXON awards would remain after the devaluation, and in the meantime, Hilton HHonors’ official public relations rep confirmed to TPG that: “AXON rewards will not be eliminated and Hilton HHonors members can continue to book AXON reward stays. Through June 15, 2013 AXON rewards for a Category 5 through 7 hotel or resort will remain unchanged. Beginning June 15, 2013 AXON rewards will be adjusted for Category 5 through 7 and Category 8 through 10 rewards will be added. Cardmembers will receive communication with the full details in the following weeks.”

This is very interesting because it means Hilton Amex cardholders can continue to book AXON awards at the existing rates until June 15 (though it just makes sense for Category 6-7 hotels now) and then after that, the award rates will be adjusted for Categories 5-7 and Hilton will let members use AXON rates for Category 8-10 hotels as well, many of which were in Categories 6-7 previously, but which now will also include Waldorf Astoria properties that were excluded from AXON awards in the past. Only time will tell if those AXON levels end up being as good a deal as they have been in the past, however, when you could save up to 27.5% on award nights.

Bottom line: there is still a ton of uncertainty surrounding the changes to the Hilton HHonors program, even within the company. One thing that both competing FlyerTalk parties agree with is this: if you booked any type of reward reservation before the devaluation (AXON, GLON, or even standard rooms) with a check-in date more than a year ahead of the date of the reservation, there is some risk that it will be cancelled, not honored, or somehow modified with the new reward rates.

As an interesting sidebar, I ran this situation by a lawyer friend of mine, and she likened it to basic contract law. By making rooms available for reward stays more than a year in advance (offer) and allowing you to confirm the booking (acceptance) by withdrawing points from your account (consideration), they are contractually bound to honor the reservation. Hilton even provides written confirmation of the reservation with the dates and amount paid (in points). Whether or not Hilton chooses to interpret it that way remains to be seen, but it’s an interesting argument nonetheless.

Are any of you in the same situation as Upen with award stays booked after March 27, 2014? Are you concerned about the expiration date on the certificates? What about those of you who have had conversations with the Diamond Desk? Please share your comments on this “hot button” issue below!