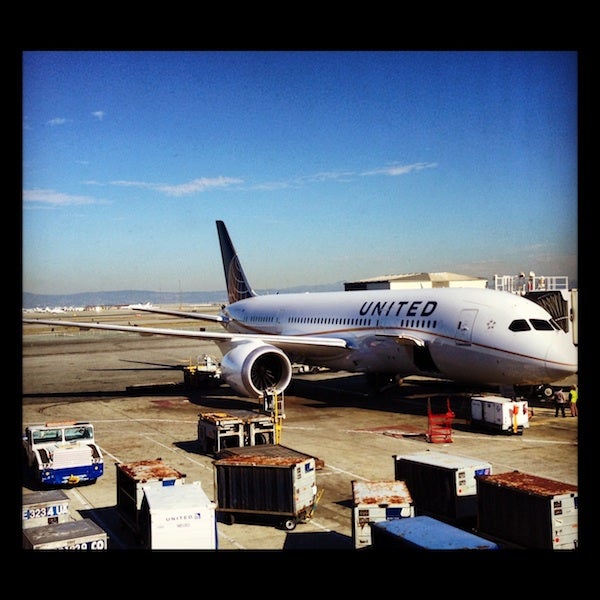 United 787 Flights Resume May 31
This post contains references to products from one or more of our advertisers. We may receive compensation when you click on links to those products. Terms apply to the offers listed on this page. For an explanation of our Advertising Policy, visit this page.

Get your tickets here, get your tickets here! United is planning to put its six 787’s back into service beginning May 31. This is the first good news since JAL and ANA both grounded their fleets and the FAA ordered United to do the same back in January.

The first flights will be short roundtrips between the airline’s hubs in Houston and Denver.

Of course, all of that is pending FAA approval of the fix Boeing has come up with for its spontaneously combusting battery packs.

While safety is certainly a serious consideration, all new aircraft have hiccups – the A380 still has some folks worried! Hopefully Boeing will manage to iron out the issues and put these birds back in flight, especially because so many other airlines including Qatar, LOT and Qantas plan to fly them (Qatar as soon as mid-May!). Fifty 787's were in operation at the time of the aircraft's grounding in January, but Boeing has orders for several hundred from various airlines in the works, so once the new plane has gotten over its initial turbulence chances are a lot more passengers are going to start experiencing it wherever they happen to be flying.

I flew on one of United’s 787 Dreamliners during the Star Megado in November, and loved the plane’s airy interior, smooth flight operation and overall comfort and I’m looking forward to testing it out on one of its long-haul routes – maybe one of the transpacific flights from Denver or Los Angeles. That said, I had two great flights aboard one of American Airlines’ new 777-300ER’s from JFK to Sao Paulo and back last week, and that aircraft was also super smooth, very comfortable and advanced so I don’t mind flying that whenever I get a chance and I’m not booking my 787 flights just yet in case the resumption dates get pushed back again.

You book at your own risk since there’s no certainty that the planes will actually be flying on the proposed dates, and you could always face a last-minute equipment swap out with a 777.

If you book a flight on a 787, be sure to double check your itinerary with the airline frequently and keep up on whether there are any flight cancellations or equipment changes. If your flight is changed or rescheduled with a different aircraft, make sure you have an equivalent seat assignment. You might also be able to change your flights without being charged if the airline changes your itinerary (though it varies by airline just how much the itinerary needs to change in order to waive change fees). If you do take one of these flights - report back on your experience!

Featured image by My first time flying the United 787 was on the Star Mega Do.