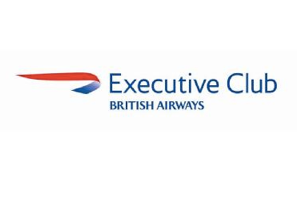 (Canada) 50% British Airways Transfer Bonus With Amex Membership Rewards Through March 31
This post contains references to products from one or more of our advertisers. We may receive compensation when you click on links to those products. Terms apply to the offers listed on this page. For an explanation of our Advertising Policy, visit this page.

I've previously written about the differences between the US and Canadian versions of the American Express Membership Rewards programs. In general, the US version is a lot more sophisticated and generous when it comes to the number of transfer partners, the standard transfer ratios as well as transfer bonuses. In fact, there are actually two airline transfer partners at the 1:1 ratio in the Canadian program - Air Canada Aeroplan and British Airways Executive Club.

However, from time to time, the Canadian Membership Rewards program offers transfer bonuses like its US counterpart, and Amex just announced a 50% transfer bonus to British Airways until March 31, 2013. The basics are the same as the 50% transfer bonus from last May. I think it general this might make even more sense for those with Canadian points than US Amex cardholders because there are less alternative transfer partners to consider. Whenever you transfer points, you risk losing out on future bonuses, but since they are relatively rare and the transfer options so limited, I’d really consider taking advantage of this transfer bonus if I had Canadian Amex points.

If you're not familiar with the British Airways Avios program, I've written an entire series about how to maximize them:

There are some downsides of British Airways Avios that you should be aware of, though - namely the huge fees on travel awards to Europe through London and anywhere beyond where British Airways flies. That said, value can be had as they do allow one-way awards for half the price of a roundtrip and their booking site does pull from a good portion of their partners.

Analysis
For North America to Europe awards, I’d transfer my points to Aeroplan without a bonus vs. British Airways with the 50%. Aeroplan does impose fuel surcharges, but nothing to the extent of British Airways (think $850 for a business class flight).

Aeroplan also has short-haul awards and more availability on the Canada to US routes – with Avios you need to stick to American Airlines or Alaska Air.

To calculate how many Avios you need for a route, use the calculator for each leg of your trip. British Airways prices segments a la carte, so if you wanted to fly to Bali via Hong Kong from Toronto you’d price Toronto to Hong Kong plus Hong Kong to Bali. And if you're in the market for a Canadian Amex, check out this post highlighting a range of redemption options for Canadian points collectors.