SRQ: What's The Best Use Of Amex Points To Get To The Caribbean? 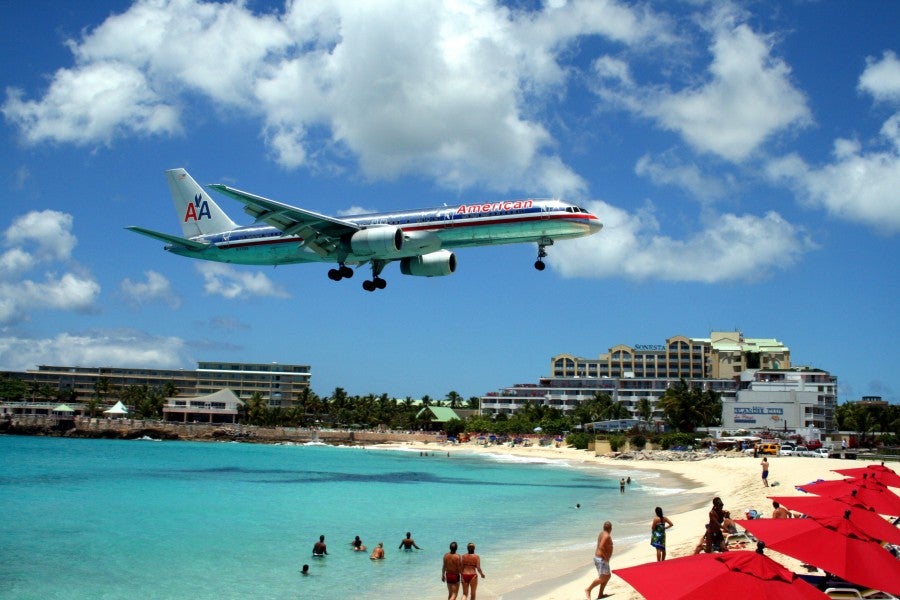 SRQ: What's The Best Use Of Amex Points To Get To The Caribbean?
This post contains references to products from one or more of our advertisers. We may receive compensation when you click on links to those products. Terms apply to the offers listed on this page. For an explanation of our Advertising Policy, visit this page.

TPG reader Craig is sitting on some American Express Membership Rewards points that he wants to use to get to the Caribbean. Here's what he wants to know:

"I have 525,000 points I earned with an American Express Business Gold Rewards card. I travel to several Caribbean islands each year and usually fly with US Airways out of Philadelphia or United or Delta out of Newark routing to St Maarten or Tortola. My question is: how would you move these points to maximize them for award travel airfares to the Caribbean?"

Because Amex seems to be your points program of choice and Air Canada's Aeroplan frequent flyer program is a 1:1 transfer partner, one option to consider is transferring points to Aeroplan since it is a member of Star Alliance and you can use these miles to redeem on United. The Aeroplan award chart requires 40,000 miles for a roundtrip coach level award from the U.S. to the Caribbean, or 60,000 miles for a business class award.

Checking some sample dates, I was able to see some decent availability on United this spring.

You're sitting on enough miles for about 13 of these redemptions in coach and nearly 10 in business already, but if you want to maximize
your points, you could wait until there is a transfer bonus from Aeroplan's other partners if you want to put some points from other disparate programs to use for this particular redemption and use your Amex points for something else.

Another option is to transfer to Singapore Airlines' KrisFlyer program. Check out their partner award chart, but as a summary coach awards from the U.S. to the Caribbean are 35,000 miles roundtrip and business class awards are 60,000 miles roundtrip. However, transfers to Singapore can take up to two days, so if you're trying to snag award seats, that window could thwart your plans and the availability could be gone by the time the transfer processes.

So if you are just looking for coach redemptions, you could save 5,000 miles on each roundtrip coach award by transferring to KrisFlyer instead of Aeroplan. Just note that there haven't been any recent Amex transfer bonuses to KrisFlyer, so what you see is what you get and you will probably not be able to find redemptions at a lower level than that.

Finally, in terms of Amex Star Alliance transfer partners that could be worth looking at, let's investigate ANA's award chart.

Here things get quite interesting. ANA's awards are distance-based, so your trip from Philadelphia on US Airways or Newark on United to St. Martin both clock in at nearly 1,700 miles each way, or 3,400 miles total. The above amounts are based on total roundtrip travel distance and since they fall within the 2,001-4,000 mile range, these redemptions would require just 22,000 miles for economy or 44,000 miles for business roundtrip. Both are a lot lower than the other Star Alliance options, and well below normal North America-Caribbean redemptions. Just with your Amex points alone, which transfer to ANA within 48 hours at a 1:1 ratio, you're looking at nearly 24 roundtrips in economy or almost 12 in business class!

Since you're based on the east coast, you could also consider flying from New York JFK to St. Marten on American Airlines by using British Airways Avios, which is another transfer partner of American Express. It sounds like this isn't your top option since you're a Star Alliance guy and fly more from Philadelphia or Newark, but during the winter, AA has a non-stop JFK-SXM flight that can cost around $800 for coach roundtrip. However, Avios is another distance-based program, and using the mileage calculator, you would only need 20,000 Avios for coach or 40,000 for business roundtrip.

Then if you can wait until there's another Amex-British Airways transfer bonus, where you can sometimes get up to 50% more Avios, you could need as few as 14,000 Avios to fly roundtrip in economy - a potentially stellar value.

Finally, in terms of Amex transfer partners and since you mentioned it, Delta requires 17,500 miles each way for economy redemptions (35,000 miles roundtrip) and 30,000 miles each way in business (60,000 roundtrip) to the Caribbean from the continental US, Alaska and Canada at the lowest level.

If you're a Skyteam flyer or have any status on Delta at all, this could be a decent option since it's a US-based frequent flyer program that requires the reasonable economy redemption at 35,000 miles roundtrip - the same as Singapore's KrisFlyer - and the standard 60,000 miles roundtrip. Delta hasn't had an Amex transfer bonus in a long time at this point - which would sweeten the deal even further - and I wouldn't hold my breath for another one anytime soon, but if one did magically appear, this could be a really good redemption of Amex points, especially if the bonus were at least 50%, where you would only need 24,000 miles for a roundtrip economy redemption - getting down almost to the level of the ANA requirements.

However, Delta rarely releases low- level awards and you need to have it available between Philadelphia and Atlanta and Atlanta/ SXM- something that may be hard to do. If you redeem for a mixed award of several tiers the price will increase drastically.

That said, it sounds like you tend to fly Star Alliance carriers like US Airways or United, so if that's the case, you might still consider a transfer to ANA in order to fly either of those two airlines down to St. Marten since its redemption levels are so low, low-level awards are a bit more plentiful than on Delta, and you can still fly either of your carriers of choice.

Featured image by I've wanted to visit St. Marten myself for plane-spotting like this.
Editorial disclaimer: Opinions expressed here are the author’s alone, not those of any bank, credit card issuer, airline or hotel chain, and have not been reviewed, approved or otherwise endorsed by any of these entities.