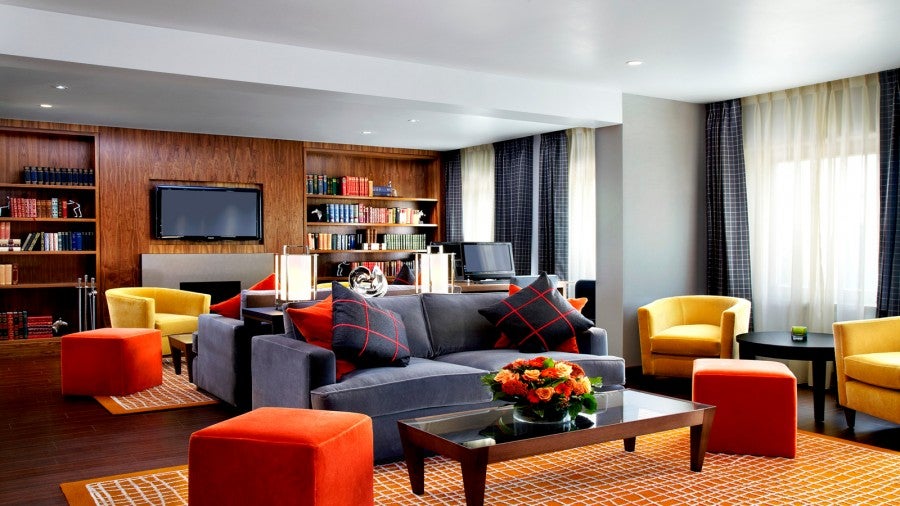 Saturday Recap: Up to 50,000 Amex Points, 1,000 Bonus SPG Points for Sheraton Club Stays, Delta Enhancing Transcontinental Flight Services, Pre-Reserve Meals on American, Wyndham Updates Award Chart
This post contains references to products from one or more of our advertisers. We may receive compensation when you click on links to those products. Terms apply to the offers listed on this page. For an explanation of our Advertising Policy, visit this page.

Amazing Deal - 50,000 Membership Rewards Points for the Amex Premier Rewards Gold: Earlier this week, American Express released a great offer on several of their cards including 50,000 points for the Premier Rewards Gold when you spend $1,000 within 3 months, and 45,000 Delta SkyMiles for the Delta SkyMiles Gold Amex when you spend $5,000 in the first six months. To get these offers and more, Go to the Creditcards.com Card Match Tool and enter your information and you'll be redirected to a page with credit card offers specifically tailored to you, including these two for which you can apply directly from there. There is also limited time offer for the American Express Business Platinum Card where you get 25,000 Membership Rewards points after you spend $5,000 in the first 3 months of card membership. If you apply for a business and personal American Express card in the same day you can receive both sign up bonuses although you will usually get 2 hits on your credit.

Major Hilton HHonors Devaluation Announced: As a recap from earlier this week, Hilton announced some changes effective March 28, 2013, which include new tiers (read: more expensive redemptions) and seasonal pricing (read: more expensive redemptions), but also a 5th night free benefit for elite members, which could be a good option for those who can’t leverage their AXON and GLON award redemptions. Hilton will be adding new reward categories and will now have ten categories requiring 5,000 to 95,000 points per night. They are also adding seasonal pricing where the amount of points needed for a standard reward will vary during certain times of the year. Lastly, Silver, Gold and Diamond members will receive a free night when they book a standard reward stay of five or more consecutive nights. Overall, I’m hugely disappointed with these changes and I foresee a quick end to my initial love affair with Hilton after getting Diamond status for hitting $40,000 in spend on my Citi Hilton Reserve card.

The transcontinental market is a very competitive route especially JFK-LAX, so the airlines need to do everything they can to differentiate themselves, so I'm glad to see Delta really focusing on these routes. This is in addition to the previous announcement Delta made about adding fully lie-flat beds in the BusinessElite cabin for all their transcontinental flights between JFK-LAX/SFO/SEA starting in March 2013.

Earn 1,000 Bonus Starpoints On Sheraton Club Stays: Now through May 31, 2013, Starwood Preferred Guest (SPG) members can earn 1,000 bonus Starpoints on every eligible Sheraton Club stay. Sheraton Club lounges are now open seven days a week and offer complimentary breakfast, all-day snacks, beverages and evening hors d’oeuvres. Starwood has recently invested over $120 million to upgrade 120 club lounges worldwide including those at the Sheraton Waikiki, Sheraton Centre Toronto, Sheraton Hong Kong, Sheraton Boston, and Sheraton Edinburgh to name a few. To be eligible for this offer, you must book using rate code DAILYFS or SICLUB online and for phone bookings mention rate code CL1. Complimentary upgrades to the club floor, such as those given to SPG Platinum members, will not qualify for the bonus points.

Wyndham Rewards Updates Their Award Chart: Wyndham announced some changes to their award chart starting March 14, 2013. Their lowest tier will be decreasing from 6,000 to 5,500 points. They will adding a new tier for 8,000 points per night since currently there is no tier level between 5,500 and 10,000 points. Lastly, their highest tier will require 30,000 points, since their 35,000 and 45,000 point tier levels will be eliminated. However, properties within the current point level may moving up to higher levels. Most point redemptions required 16,000 or less points in the past, but now these will cost up to 30,000 points. They haven't announced the new chart yet which will show which hotels require how many points so we will have to wait and see what the new chart looks like before it can fully be evaluated. Hat Tip: View from the Wing

American Allows First and Business Class Passengers to Pre-Reserve Meals: American is allowing first and business class passengers the opportunity to pre-reserve their meal selections before their flight. They have been testing this option out for a while, but it has now officially launched. Passengers may reserve an entrée on American Airlines marketed and operated flights within the continental U.S., and to/from Canada, Mexico and the Caribbean. Requests may be made 30 days prior to travel and all orders must be completed at least 24 hours before departure.

United Has Removed 787 From Flight Schedule Through June 5: United has removed all Boeing 787 planned flights from their flight schedule for an additional two months, bringing the proposed recommencement date to June 5, 2013. Christen David, a United spokesperson said the one exception would be to use the 787 on a new route between Denver and Tokyo if the jet is cleared to resume flights by May 12. This is all due to a battery fire risk, which caused an emergency landing on an ANA jet after smoke alarms went off back in January and another that spontaneously caught fire on a JAL jet at a gate at Boston Logan. I was able to fly on one of United’s 787 Dreamliners during the Star Megado in November, and enjoyed the plane’s sleek, airy interior, quiet flight operation and overall comfort factor, so hopefully they can be cleared to fly again soon.

British Airways to Start Selling "Hand Baggage Only" Fares: British Airways plans to begin selling "hand baggage only” fares on some of their short-haul flights from London-Gatwick. The new type of fare, is being introduced on a trial basis, will be available on London-Gatwick short-haul flights to five destinations: Amsterdam, Dubrovnik, Jersey, Tunis and Turin. The fares will start at £39 ($59.50) one-way for travel beginning February 26, 2013. All British Airways’ short-haul customers will continue to receive free seat assignments 24 hours of departure, complimentary food and snacks, and will continue to earn Avios and tier points. The airline plans to extend the trial to the rest of the Gatwick short-haul network if these initial routes are a hit.
[card card-name='The Business Gold Rewards Card from American Express OPEN' card-id='22034407' type='javascript' bullet-id='1']

Related stories
When will Florida cruise ports reopen in the wake of Hurricane Ian?
How to earn up to 100,000 bonus miles with these new Delta credit card offers
Book flights to Antigua from various US cities for under $400
Disney World cared for thousands of guests during the storm: Here's how the theme park handled the hurricane
Featured image by SPG members can earn 1,000 SPG points on Sheraton Club stays.

Our points-obsessed staff uses a plethora of credit cards on a daily basis. If anyone on our team wouldn’t recommend it to a friend or a family member, we wouldn’t recommend it on The Points Guy either. Our opinions are our own, and have not been reviewed, approved, or endorsed by our advertising partners.
See all best card offers
Related stories
News
When will Florida cruise ports reopen in the wake of Hurricane Ian?
News
How to earn up to 100,000 bonus miles with these new Delta credit card offers
Deals
Book flights to Antigua from various US cities for under $400
News
Disney World cared for thousands of guests during the storm: Here's how the theme park handled the hurricane