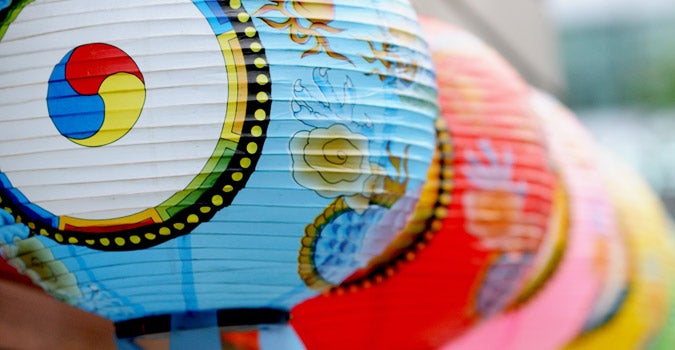 Saturday Recap: Discounted AAdvantage Awards to Hawaii, Air Canada Premium Economy Announcement, Hilton Fantasy Racing Contest, Bonus AA Miles to Seoul
This post contains references to products from one or more of our advertisers. We may receive compensation when you click on links to those products. Terms apply to the offers listed on this page. For an explanation of our Advertising Policy, visit this page.

American/US Airways Merger Announcement: Earlier this week, American Airlines and US Airways officially announced their merger. As a recap, not including regional fleets, the new airline will have a total of 801 narrowbody planes and 147 widebody jets totaling 948 mainline aircraft. The cost of integration is estimated at $1.2 billion over the coming years, including integrating technology, standardizing aircraft and merging management and services. Doug Parker, who will be the merged airline's CEO, noted that the airlines only overlap on 12 routes, and that 130 cities served by American but not US Airways and 62 cities served by US Airways but not American would be available to flyers of both once the merger goes through. The new merged airline will be a part of Oneworld. In terms of frequent flyer programs, there were hardly any details at all announced apart from the fact that combined the two airlines have over 100 million members in their programs. No credit card deals have been made yet, so if you haven’t already already gotten in on the Citi AAdvantage cards or the US Airways World Mastercard with a 40,000-mile bonus (though the higher Chairman’s Preferred credit card offer might still be available), now is the time to do so before the frequent flyer programs merge.

Fly to Hawaii for 30,000 miles round-trip on American: Now through March 13, 2013, American is offering a reduced mileage awards for flights from the U.S. and Canada to Hawaii for AAdvantage members may redeem an economy class award for only 15,000 miles each way for travel on American Airlines. This is only valid for MileSAAver Off-peak economy class awards. Normally these flights run for 17,500 miles each-way so booking a round-trip will save you 5,000 miles. To book you must call 1-800-882-8880, but you may check availability online first. Another way to get to Hawaii is using British Airways Avios since they are distance based, so you could head there and back from Los Angeles for only 25,000 miles. Hat Tip: One Mile at a Time

Bonus AAdvantage Miles for Flying between Dallas and Seoul: American is offering AAdvantage members bonus miles when they fly between Dallas/Fort Worth and Seoul, South Korea. This is valid for flights between May 9, 2013, through August 15, 2013. To qualify, you must first register using promotional code AAICN. Discounted economy fares (H, K, M, L, V, Q, S, O, N, G) will earn 5,000 bonus miles, Full Fare Economy (Y, B) will yield 15,000 miles, and Business (J, R, D, I) and First (F, A, P) fares will earn an additional 30,000 bonus miles. The bonuses are based on roundtrip travel. However, each eligible one-way trip flown will receive half the bonus miles The Bonus miles will be awarded based on booking class purchased and will be posted immediately, for each eligible segment flown but will not count toward elite status qualification or Million Miler status. Registration prior to travel is required.

Delta Announces Phase II of JFK Terminal 4 Expansion: Earlier this week, Delta announced their plans for their next phase of expansion for Terminal 4 at JFK. With this new expansion, Terminal 4's Concourse B will now have 27 gates and replace Delta's current Terminal 2 regional jet operation. The new gates at Terminal 4 will have a dedicated boarding counter, seating area and jet bridge, eliminating the need for ramp-level boarding. Since all the new gates will be designed to handle regional jets and most mainline aircraft, there will be better gate utilization. This new expansion is in addition to the previous announced $1.2 billion expansion in New York. The new terminal 4 will be complete in May 2013 and feature nine new and seven renovated international gates; renovated check-in area; a new security checkpoint; more dining and retail shops; a flagship 24,000 square-foot Delta Sky Club with a Sky Deck and dual taxiways which will reduce taxi times. Once this is complete, Terminal 3 will be torn down and Delta will then operate from Terminal 2 and 4 at JFK and have shuttle buses back and forth between the two terminals.

Hilton Fantasy Racing Contest: Hilton launched a contest known as the Hilton HHonors Fantasy Racing Game. This is based on the 2013 professional grand prix automobile racing season. The game runs from March 16, 2013 through November 24, 2013 (race day of the Brazilian Grand Prix). Fantasy game points will be scored based on performance of individual drivers, constructors and engines for all qualifying days and races between these two date. Hilton HHonors members will receive a Fantasy Budget to create their own Fantasy Team. Your Fantasy Team will then receive Fantasy Points for the real life performance of your selected Components. This is open to residents of U.S., UK, Republic of Ireland, Canada (excluding Province of Quebec) & Germany. The team manager who finishes in first place for the entire year of 20 races will win a 5-day, 4-night trip for two to New York City, United States (including accommodation and flights), $1,000 spending money and racing merchandise. In addition, each race week, 100 prizes consisting of HHonors points are also available. View the official rules here.

Featured image by Earn up to 30,000 bonus miles on American.