How the Sequestration Could Negatively Impact Travelers 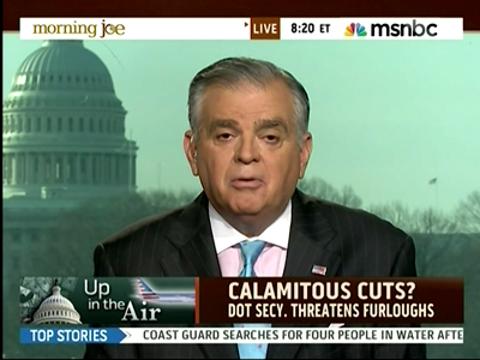 How the Sequestration Could Negatively Impact Travelers
This post contains references to products from one or more of our advertisers. We may receive compensation when you click on links to those products. Terms apply to the offers listed on this page. For an explanation of our Advertising Policy, visit this page.

Budget cuts – also known as sequestration – currently set to take place in Washington on March 1 (Friday!) could mean significant flight delays for U.S. travelers, though the hope is that these cuts can be averted in time to save a lot of these airport nightmares from taking place.

In a press conference at the White House last Friday, February 22, Transportation Secretary Ray LaHood noted that these sequester cuts, approximately $85 billion sliced from current budgets including those of the FAA, would lead to nationwide flight delays as control towers adjust by using smaller staffs. Worse yet, as many as 100 small airport control towers at (such as those in Boca Raton, Florida and Joplin, Missouri) could be shut down entirely. The crux of LaHood’s message, "Travelers should expect delays." The FAA currently operates more than 400 airport control towers.

While the budget cuts are set for March 1, their impact would be delayed by internal staffing reductions and likely wouldn’t be felt by consumers until April. Once they begin, however, LaHood suggests that 90-minute flight delays would be likely in larger cities during peak hours, effects that would quickly ripple across the country.

In a separate warning, the Homeland Security Department noted that these cuts could also lead to longer airport security lines, never good news for the already weary air traveler. My previous tips on how to get through security lines faster may be of more service if that was to become reality.

There is hope, however. LaHood noted that his being brought to the White House to make his announcement was a clear attempt to influence Republicans into compromising on a budget deal that would find alternatives to these currently mandatory cuts and avert a crisis. While LaHood’s words have been called a "scare tactic" by many in the GOP, the former Republican congressman noted this morning that he was merely outlining the risks involved in letting these budget cuts take place – not as a scare tactic, but as a "warning flare."

Today, LaHood expressed confidence that a deal would be reached this week while talking with MSNBC. "I'm optimistic about this," LaHood said. "I just think there's an awful lot of shared pain that's going to take place on March 1st if this sequester goes in. I don't think anybody wants that to happen."

So what can you do? Write to your members of Congress expressing your opinion - loudly. Email, call, tweet and voice your thoughts. Who knows if any of that will make a difference in the currently toxic political environment, but at least you will have registered your doubts and taken a stand for when the next election cycle occurs. Who knows, though, it might just take round-the-block lines at Reagan National and Dulles to open our lawmakers' eyes.
[card card-name='Chase Sapphire Preferred® Card' card-id='22125056' type='javascript' bullet-id='1']