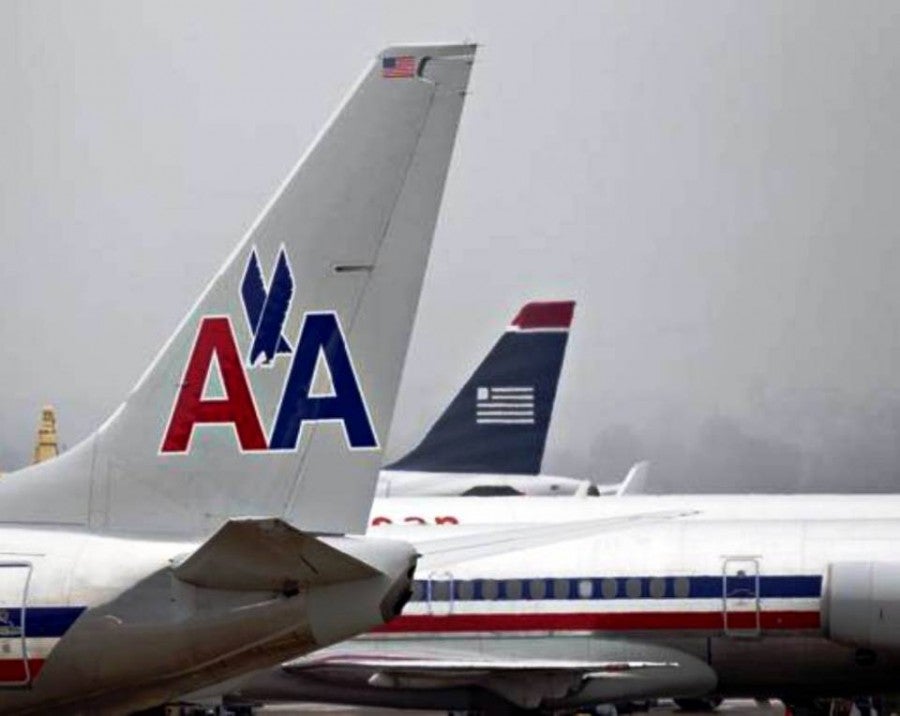 American and US Airways Board Approve Merger and The Potential Winners and Losers
This post contains references to products from one or more of our advertisers. We may receive compensation when you click on links to those products. Terms apply to the offers listed on this page. For an explanation of our Advertising Policy, visit this page.

Several reputable news outlets, like the AP and ABC News, just reported that both American and US Airways boards approved a deal to merge the airlines. Details will be announced early tomorrow morning, but basically US Airways CEO Doug Parker will be the CEO and the headquarters will be in Dallas (American's current headquarters). The deal is reportedly worth almost $11 billion dollars, giving American creditors 72% ownership and US Airways shareholders 28%.

Timeline
There are still many details to come, but as an American Executive Platinum and US Airways Dividend Miles aficianado, I'm not thrilled, but it's useless to "hope" that it won't happen at this point. The next step will be for the government to approve the deal, which is expected to happen without a fuss since they've approved the past three big airline mergers and AA/US only have twelve overlapping routes. The last couple airline mergers have taken about 6 months, but I could see this getting approved in closer to 4 or 5 - so at some point this summer.

Once approved, they still have a huge task ahead of them integrating cultures, procedures, IT systems and frequent flyer programs to name a few. That took Delta and Northwest about 15 months to complete from government approval and I can't imagine American and US doing it much quicker. Depending on how quickly they can work, I wouldn't be surprised to see the ability to combine/transfer miles by the end of 2013 and the frequent flyer mile program to merge for the start of new new elite year March 1, 2014. That would be a quick turnaround, but even if the carrier was still operating as two separate airlines, it could be possible to streamline the frequent flyer programs sooner. However, before you go off buying US Airways elite qualifying miles in hopes of them transferring to American next year, I'd wait for more information so you don't drop a lot of money on potentially useless EQMs.

I think there are people who stand to gain and lose on both sides of the aisle (no pun intended). Here are my overall thoughts:

American: AA flyers who will now have a greater route network to accrue and redeem miles on what will become the largest airline in the world (by most metrics). I also think that the new carrier will have four elite tiers and implement complimentary upgrades (similar to US Airways current structure), so flyers who fly over 75,000 miles a year will be able to get higher status. Right now American only has elite levels at 25,000, 50,000 and 100,000 miles.

US Airways: I suspect the new airline will use American's Sabre-based IT systems and fare products, including the new Choice Fares platform, which I think are a great value for consumers who change their flights and don't want to pay for full refundable fares. From an online award booking perspective, AA.com is much better than USAirways.com which shows almost no partner award availability (and is why so many people think US Airways miles are useless). I suspect the new airline will keep American's policy of allowing one-way award tickets for half the price vs. US Airways current policy of charging roundtrip prices no matter what. US Airways Chairmen Preferred may also win big on systemwide upgrades if the new carrier continues to award 8 systemwides for achieving 100,000 EQMs in a year (they currently only get 2 upgrade certificates).

Both Airlines: Mergers exist to increase profits and cut costs, so undoubtedly there will be reduction in capacity and I suspect certain hubs, like Phoenix, may see reduced service as international hubs like Los Angeles and New York continue to grow. From an elite perspective, with a combined pool of elite passengers and less flights, elite upgrades may become harder to score. With less competition in the marketplace, fares could also potentially rise, though we haven't seen that effect over the past couple years as airfares have still remained low compared to historic levels.

American: If Doug Parker trims service levels, we could see the overall quality of service decrease. Parker, after all, is the man who introduced paid soft drinks and water on US Airways, until enough customers complained/fled and they repealed that policy in 2009. American has done a great job at revamping catering and overall service levels- I recently had a three course meal on a Chicago to Miami flight in first course- I would have been lucky to get a meager wrap on US Airways on a similar length flight.

US Airways: Dividend Miles members will likely lose the ability to redeem on the 27 Star Alliance carriers since the new airline will be in the oneworld alliance, which has only 12 members (Air Berlin, British Airways, Cathay Pacific, Finnair, Iberia, Japan, LAN, Malaysia, Qantas, Royal Jordanian and S7. Sri Lankan and Qatar are scheduled to join oneworld in the near future. In addition, when the award charts are streamlined, I suspect many of the amazing Dividend Miles awards (like 110,000 miles for roundtrip business class to South Africa and Australia) to increase greatly. For my South Africa trip that I took this January, I'd need 150,000 AA miles vs. the 110,000 US Airways miles that I used- a 36% increase, plus you'd have to route via Europe, potentially paying huge taxes and fees. US Airways members may also lose the ability to include a stopover and open jaw and route generously- AA only allows a stopover on international awards at the gateway city.

There are many more considerations and potential ups and downsides to this merger, so feel free to comment about your thoughts and conerns. I don't think we will get much clarity on the nitty gritty details until the government approves the merger, but it's best to start thinking about how you can maximize this situation to your advantage- whether redeeming US Airways miles now before any potential award increases or signing up for credit cards now since only one issuer will remain once all is said and done. Check out this post for more ways to maximize an AA/US merger.
[card card-name='Ink Plus® Business Credit Card' card-id='22129636' type='javascript' bullet-id='1']

Related stories
Should you buy Marriott points with a 50% bonus?
5 secrets to getting a luxury cruise for less
Deal alert: Widespread Air Tahiti business class award space to French Polynesia
This no-annual-fee card earns 2% cash back on every purchase — and automatically applies your rewards
Featured image by The American-US Airways merger moved one step closer yesterday with federal approval.