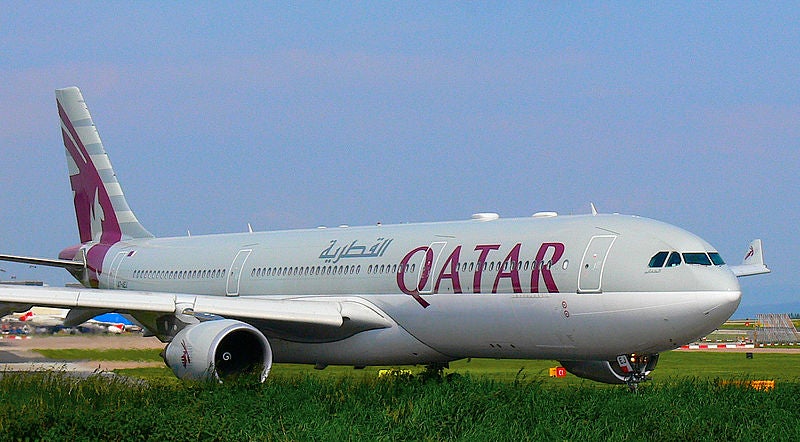 Saturday Recap: 30% Amex Transfer Bonus to British Airways Ends Monday, American and Qatar Codeshare Agreement, Double Miles with Fairmont, Bonus Southwest Points
This post contains references to products from one or more of our advertisers. We may receive compensation when you click on links to those products. Terms apply to the offers listed on this page. For an explanation of our Advertising Policy, visit this page.

30% Amex Transfer Bonus to British Airways Ends Monday: As a reminder, the British Airways transfer bonus from American Express ends on Monday. There is no need to register as the bonus is hard coded into the transfer page at Membership Rewards. Instead of the usual 1:1 ratio where 1,000 Amex points will get you 1,000 British Airways Avios, you’ll end up with 1,300 Avios instead. This isn’t as lucrative as their past 40% and 50% transfer bonuses, but a 30% bonus is still better than nothing and if you know how to leverage the Avios program you can reap huge value out of redemptions. British Airways Avios are great for short haul flights (a Toronto to New York roundtrip is only 9,000 Avios roundtrip); medium- and long-haul flights on British Airways partners to anywhere but Europe and Australia (to avoid high taxes/fees); and upgrades from paid premium economy to business class to name a few. Also, through tomorrow, January 13, British Airways is offering a 25% bonus when you transfer hotel points to the British Airways Avios program. British Airways hotel partners include Starwood, Club Carlson, Marriott, Hilton, Priority Club, Hyatt, and Shangri-La. To convert points to miles, head over to the hotel partner you want to transfer from and you will complete the transfer from the hotel site.

Porter Airlines Exclusive Offer: Get 20% off best available rates at Thompson Toronto on bookings from now until April 2, 2013 using the promotion code PORTER13. In order to take part in this promotion, all stays must be completed by April 2nd the promotion only applies to Thompson Toronto. Located in downtown Toronto, the Thompson luxe amenities include 102 contemporary guest rooms, indoor rooftop lounge, 24 hour Thompson diner, acclaimed restaurant Scarpetta, and an ice skating rink.

American Airlines and Qatar Airways Announce New Codeshare Agreement: American Airlines has signed an agreement with Qatar Airways, one of the world's fastest-growing airlines, to codeshare flights. The move should provide new growth opportunities for American in the Middle East and for Qatar in the United States. The agreement with Qatar will include codesharing on nonstop flights between the U.S. and Doha, flights connecting at the carriers' European gateways such as Paris and London, and flights to cities in the U.S. and beyond Doha. Additionally, members of the American Airlines AAdvantage program will be able to earn miles on the codeshare flights operated by Qatar Airways. Customers can begin booking travel on codeshare flights by February 10, 2013 for travel beginning February 26, 2013. In October 2012, Qatar was invited to join the oneworld alliance. Qatar is the first of the three major carriers in the Gulf to join a global airline alliance.

Priority Club Changing their Award Structure: Starting January 16, 2013, Priority Club will be coming out with brand new award structure which will be broken down into nine categories with free night redemptions ranging from 10,000-50,000 points. However, they will be honoring the old prices through March 18, 2013 over the phone, so if the hotel you are trying to book goes up, then just call up Priority Club in the meantime and they can book at the old price. Priority Club Reward Night prices will now vary per hotel property rather than brand, and are classified by price category. To find the number of points required for your stay, you will need to check the availability of your specific location and stay dates. Priority Club PointBreaks will be a feature of Reward Nights and will be priced at the same 5,000 points at select hotels for a limited period of time.

Delta Adding Some New Routes this Spring: Delta has began adding some new routes domestically. Delta recently focused on expanding their presence at Seattle as an Asian gateway and recently received approval for new service to Shanghai for summer 2013. With that, Delta will begin three daily nonstop flights between Los Angeles and Seattle on 76-seat two-class CRJ900 regional jets with first class, Economy Comfort and onboard WiFi. From Los Angeles, customers can enjoy nonstop service to destinations including Sydney and Tokyo, as well as codeshare flights with Virgin Australia to Melbourne and Brisbane. In addition to the expansion in Seattle, Delta also announced plans to begin nonstop service between Tampa International Airport and Raleigh-Durham; an additional frequency between Raleigh-Los Angeles, and Raleigh-Orlando; as well as new service from Nashville to Los Angeles.
[card card-name='British Airways Visa Signature® Card' card-id='22129607' type='javascript' bullet-id='1']

Related stories
Should you buy Marriott points with a 50% bonus?
5 secrets to getting a luxury cruise for less
Deal alert: Widespread Air Tahiti business class award space to French Polynesia
This no-annual-fee card earns 2% cash back on every purchase — and automatically applies your rewards
Featured image by Qatar Airlines