Today I headed to the Houston Galleria with my parents and Little C to do some shopping/browsing, ice skate, and get some United Club passes that were being given away at the Chase VIP Lounge at the Galleria. I have written about this temporary lounge here, but had yet to visit myself. To access the lounge you need to have any of the Chase United credit cards.

The Chase VIP Lounge is open from November 23–December 24, 2012 for Chase Continental and United cardholders and their guests. It is kind of similar to an airline lounge and includes amenities like snacks, complimentary gift wrapping, flat screen TVs, WIFI, and a quiet(er) place to sit for a few minutes and escape the insanity of the mall during peak shopping days! 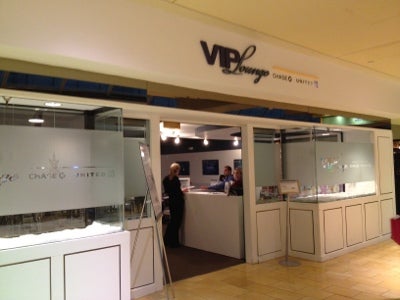 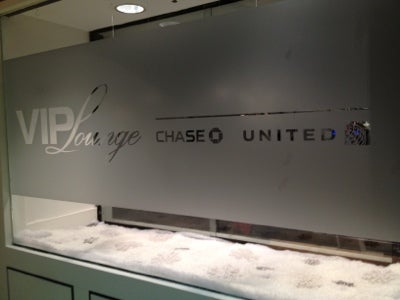 We were there on a Tuesday so that we could bring some toys for donation to Toys for Tots that would not only benefit kids, but we would also each pick-up two United Club passes that are valid through the end of 2013. Between the three adults (darn Little C for not having a United card!) we got six Club passes, so that is a pretty good haul for just donating some new toys that we would have probably done anyway. 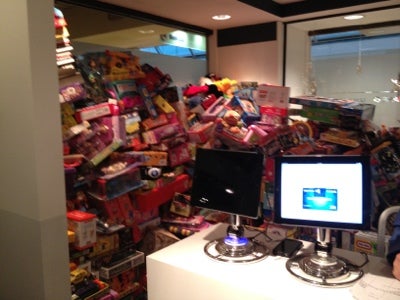 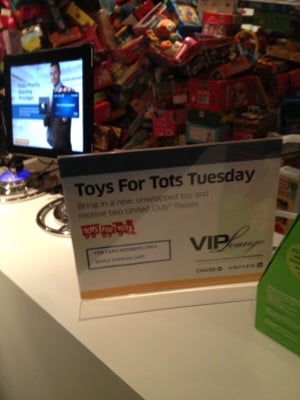 After we got our club passes, we grabbed a table and got a few snacks. Some of the cookies were a little hard, but some of them were hot, fresh, and dangerously delicious. There was also fruit, pretzels, chips, juice, coffee, water, and sodas available. 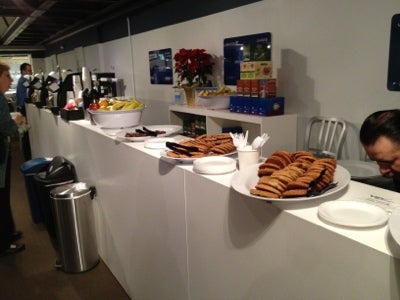 The lounge itself is was functional, had very large TVs, but was not necessarily somewhere that I would want to hang out for hours just for fun.  However, it is a nice place to be able to sit for a few minutes, grab a snack, and watch a little TV. 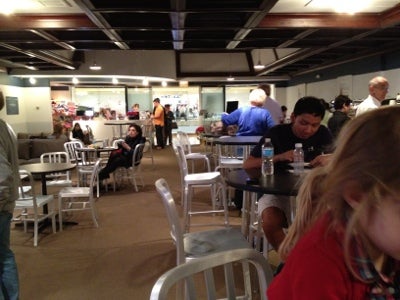 They also offer complimentary wrapping for your holiday shopping treasures.  While we were there it was a two hour wait to get your presents wrapped, so plan accordingly.  I think there was also a limit on the number of presents you could have wrapped.  We did not use this service, but it did seem they did a pretty good job on the presents that we saw wrapped. 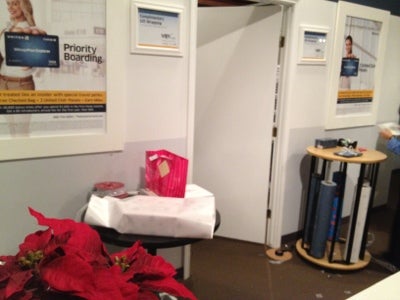 Overall we were thrilled to get some United Club passes, and loved the idea of a place for United cardholders to hang out in the middle of crazy holiday shopping.  Sadly the free club passes were only available on Tuesdays, so it is too late to get those this season, but the lounges themselves are still open until Christmas at the following locations:

I’d love to hear your thoughts on having lounges like this as a credit card perk, and your experience if you have visited one!

Summer Hull aka Mommy Points, ran the Mommy Points site for families who want to travel more for less using miles and points for seven years and now heads up TPG Family when she isn't exploring the world with her own two girls.
You might like
Breaking: Masks now required outdoors in Paris
News
1m ago
What it was like to cover my first airshow: A Dubai Airshow recap
News
10h ago
These 3 simple strategies can help you get through customs faster
News
11h ago
Delta SkyMiles® Platinum American Express Card