As you may or may not have read, the cost for an annual membership for the United Club is increasing beginning in January 2013. The previous cost for a one-year membership was $475 for a non-elite member and the new cost will be $500. Memberships with a spouse are going by as much as $100. A $25 increase for an individual membership isn’t terribly substantial by itself, but it does bring about a good time to talk about the different ways you can access the United Club for a more affordable rate.

Of course not everyone wants or needs a United Club membership, but I am personally a large fan of having access to the airline club of your choice if you fly with some regularity. Airline lounges are generally a bit less chaotic than the general airport, they offer free internet, free drinks (including alcoholic drinks, but gratuity is encouraged), free snacks, etc. They also are invaluable in cases of irregular operations when you need help getting re-accommodated on a different flight. The line at the gate may immediately be a mile long following a flight alteration, but the lounge often offers a much shorter line and with more experienced agents.

For family travelers, I have found the lounge to be even more important than for single travelers. Some of the larger United Clubs (such as the ones I frequent in Houston) have family rooms that offer some basic toys, a TV, and (most importantly) a door that shuts so you don’t have to keep telling your toddler “stay here, don’t touch that, no come back, wait, don’t go over there”. They can play in a safe and confined space without disrupting other passengers. It is brilliant, and much appreciated. You can also access snacks and drinks for the kiddos and a beer for yourself, which is also much appreciated. Everyone can get on the plane in a better mood! The restrooms in airline lounges are also often less crowded, larger, and nicer than in the general portion of the airport. Again, this is a major plus for family travelers. 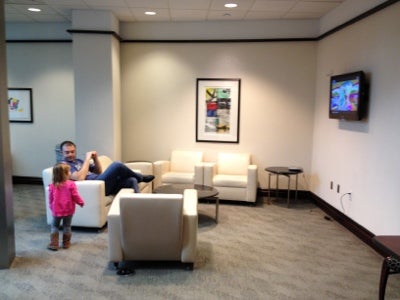 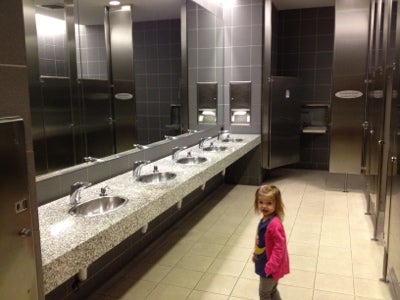 If you aren’t going to access the club on a regular basis, or just don’t want to spring for an annual membership, you can access the club using day passes. If you have the MileagePlus Explorer card you will get two free day passes annually. You can also purchase a day pass from United for $50 at the club. It is also sometimes possible to get expiring day passes from those who aren’t going to use theirs – online networking on miles and points forums like Flyertalk and Milepoint is a good thing.  ;)  A potentially even better deal is to join the SkyGuide Executive Club and then submit your $50 fees for day passes for reimbursement through that program (up to 12 per year – max of one per month starting in 2013). My husband actually joined last year, but that whole process is personally too much for me to want to mess with for lounge access.

Go as Someone’s Guest for Free:

You can also always look in Flyertalk for others who would be willing to guest you into the club on the day you are traveling. There is certainly no guarantee of access using this route, and wouldn’t really work for whole families, but it can be an option when you are traveling by yourself and don’t mind if access doesn’t work out.

Assuming my budget permits, I hope to continue to have club access for many years to come. Domestic airline lounges are very basic compared to some of the fancy international lounges, but they are much better than nothing. If I had to guess, I would say that my membership was used for at least 40-50 entries last year (counting individual people/individual times that I got into the lounge). That means that each entry cost about in the neighborhood of $6 – $7.50 per person, and that is a price that is worth it for me and my family. If you are interested in lounge access, I recommend estimating how much you will use it and then decide which method of access is the most cost effective for your family.

Summer Hull , aka Mommy Points, ran the Mommy Points site for families who want to travel more for less using miles and points for seven years. She now heads up a variety of special projects at TPG when she isn't exploring the world with her own two girls.
You might like
Hyatt’s new lifestyle brand debuts soon in Memphis — and food is the main star
News
7h ago
FDA authorizes Pfizer booster for kids: What this means for family summer travel
News
9h ago
The return of business travel: A look at the trends
News
9h ago