Destination of the Week: Ski Trip To Park City, Utah 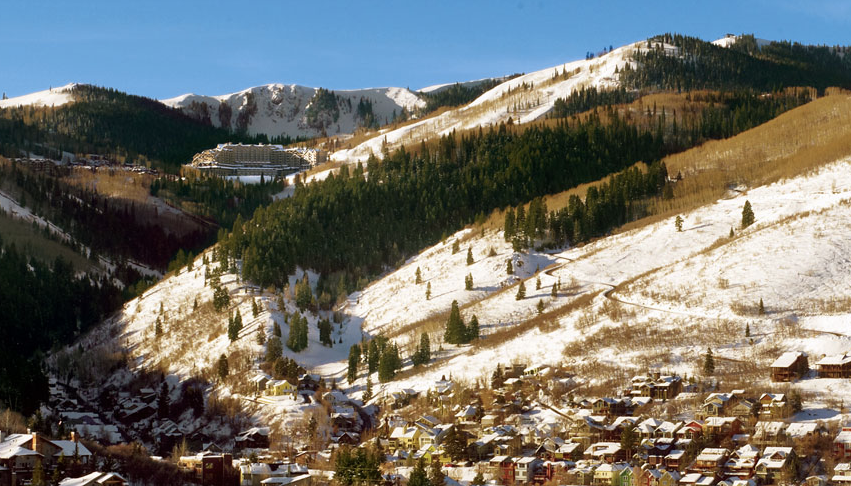 Destination of the Week: Ski Trip To Park City, Utah
This post contains references to products from one or more of our advertisers. We may receive compensation when you click on links to those products. Terms apply to the offers listed on this page. For an explanation of our Advertising Policy, visit this page.

Welcome to a new TPG feature series: Destination of the Week. You earned the points, now it’s time to burn some of them by heading to fantastic destinations all over the world. Every Friday TPG Managing Editor Eric will be bringing you another great destination that you can get to and enjoy using all those hard-earned points and miles you’ve racked up over the past year (or more).

It’s January, which means its prime ski season in the northern hemisphere, so we thought we’d spend this month telling you about some of the best ski (and snowboarding—no discrimination here!) destinations to get to using miles and points starting with this week’s pick: Park City, Utah.

Though celebrities and paparazzi mob this mountainside hamlet for a week every January during the Sundance Film Festival, for the rest of the year it’s a great, upscale, mostly quiet ski resort with some of the best mountain runs, scenery and accommodation options in the U.S.

The closest major commercial airport is Salt Lake City, which serves over 700 flights a day connecting directly to over 90 cities in the US and Canada. It’s a Delta hub, making it easy for SkyMiles members to get here using the bare minimum of miles, though all the major domestic carriers fly through here, including American and United, as well as JetBlue. So with some diligent searching, you can use miles to book award seats. For Delta specifically, low-level awards are 25,000 miles for coach and 50,000 miles for business class, though peak ski weekends (especially around Sundance) might require peak awards, which are double that. Delta has three award tiers, and their middle one is 40,000 miles for coach, which usually has pretty good availability. As always, check what the airfare is before using your points to make sure redemption is a good value.

SLC is just about an hour flight from the West Coast and under 4 hours from the East Coast, making it a quick, easy getaway. Better still? The airport consistently has one of the highest on-time departure and arrival records in the country, so you won’t spend your weekend sitting around the terminal.

Park City itself is up in the mountains just under an hour’s drive east of Salt Lake City mostly along highway 80. If you rent a car, be sure to check the road conditions first and that you have all-weather tires or snow tires on the car, otherwise, there are plenty of shuttle and car services from SLC to the ski resorts.

Since it’s one of the country’s premier winter destinations, Park City has no shortage of hotels and accommodations, many of which you can book using points or points and cash options.

Waldorf Astoria Park City: This beautiful lodge-like Hilton property is on the way into town from Salt Lake City, and is part of the Canyons Park City ski resort, one of the country’s largest single ski and snowboard resorts on 3,700 acres with around 170 trails and 17 lifts. Just to note, though, there’s not ski-in ski-out access since it’s at the base of the mountain, so you have to take a lift or shuttle to get to the runs. The hotel itself is just a few years old, and has just 175 rooms, so they can book up fast. It’s also got a new gourmet restaurant concept called SLOPES from the team behind the popular Talisker on Main restaurant in town, and a Golden Door Spa. Rates in January start at $499 a room, or 60,000 Hilton HHonors points since it’s high season.

Hyatt Escala Lodge: Also located at the Canyons resort, this Hyatt property has access to all the same activities and terrain as the Waldorf Astoria with direct access to the Sunrise chairlift right into the heart of the ski area. It’s got just 150 rooms ranging from traditional guest rooms to 4-bedroom residential suites, though even the normal guest rooms have kitchenettes. Dining at the Escala Provisions Restaurant and Bar is all-day casual, and while there’s no spa on property, guests can use the Waldorf’s Golden Door Spa. This is a Category 4 hotel, so a free night will cost you 15,000 Gold Passport Points per night, or rates start at $399 a night in January.

St. Regis Deer Valley: This hotel is massive stone mountaintop edifice about 20 minutes from town with direct ski-in ski-out access to Olympic-level ski slopes. The resort boasts a team of ski valets who will help you into and out of your gear, as well as other activities like snowshoeing, cross-country skiing, ice skating and snowmobiling. One downside is that there’s no snowboarding in Deer Valley, so take that into account. The hotel itself has just 181 rooms and suites, so they book up fast and tend to go for a premium. The resort’s fancy restaurant is J&G Grill by celebrity chef Jean-Georges Vongerichten (check out the awesome wine vault while you’re here), and it also has a super high-end Remède Spa. The best rates we could find in January start at $809 or 20,000 Starpoints (Cash & Points wasn’t available).

Park City Marriott: This isn’t quite a ski resort, but could be a good place to stay if you’re looking for a base near town and want to explore the various ski areas in Deer Valley, the Canyons and the Park City Mountain Resort without committing to one or the other. It’s just a bit outside town, and has 199 rooms and suites on 4 floors. The rooms look spacious and okay, but nothing special, and there’s a rotisserie-style restaurant on property, though you’ll probably want to take the free shuttle into town for a nice meal. This is a Category 5 hotel, so free nights cost 25,000 Marriott Rewards points, while rates start at $219 a night in January. There are also two Marriott Vacation Club Villa properties near town and the Park City Mountain Resort which might be a better option if you need more space since rooms are newer and larger, though these accommodations lack some usual amenities like minibar, onsite restaurants, etc. At Summit Watch, rates start at $319 in January, and at MountainSide, rates start at $389 this month, while both will cost 30,000 Marriott Rewards points for a free night since they are both Category 6 hotels.

Montage Deer Valley: Though the Montage Deer Valley, an uber-luxe year-old property 20 minutes from town, doesn’t have a points program, Chase Ultimate Rewards recently emailed members to let them know about a package available for March 15-18 that includes a three-night stay at the Montage, a ski clinic with Picabo Street, two-day lift tickets, ski and boot fittings, a special wine-paring dinner with sommelier Anthony Giglio, and a choice of either a treatment in the gorgeous 35,000-square-foot spa, or a winter sports activity like ice climbing or snowmobiling. The package costs either 200,000 points or $2,000 per two-person package (I'd recommend saving the Ultimate Rewards point for more lucrative redemptions). The hotel itself has several restaurants including the upscale Apex and the more casual Daly's Pub & Rec (which has a bowling alley!), as well as its own team of ski valets and activity leaders to enliven your stay.
[card card-name='Citi ThankYou® Preferred Card – Bonus Point Offer' card-id='22145660' type='javascript' bullet-id='1']