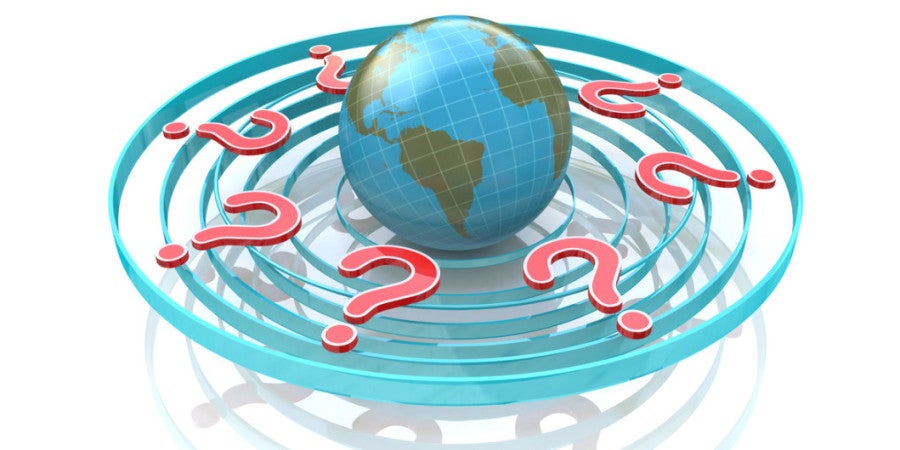 Sometimes, Travel Adventures Start with a Mystery
This post contains references to products from one or more of our advertisers. We may receive compensation when you click on links to those products. Terms apply to the offers listed on this page. For an explanation of our Advertising Policy, visit this page.

Every travel site will tell you how to do things the right way; as every traveler knows, though, sometimes things go wrong. In his bimonthly Mistake Monday series, TPG Contributor J. Keith van Straaten invites you to learn from his mistakes — his many, many mistakes. (All photos by the writer unless otherwise noted.)

When traveling, you generally know your destination by the time you get to the airport, but what if you purposely didn't? What seems like a fundamental mistake could well become a fun-filled mystery. In 1996, I embarked on such a challenge when my best friend Jason and I showed up to LAX with our names on an airline ticket, a hotel booking and a car rental, all made with our consent ... but not our full knowledge.

Western Pacific Airlines sounds like one of those made-up carriers you see in movies, but it actually once existed, marketing itself as a low-cost and fun way to fly. WestPac made a big splash in the industry by renting out the entire exterior of its planes as flying billboards, usually for casinos and hotels, but most notably for the TV show The Simpsons.

Another of WestPac's innovations was Mystery Fares. The fares themselves weren't a mystery ($69 round-trip from WestPac's Colorado Springs hub, $99 from any other airport it served; another optional $100 for hotel and car) but the destinations were; until you checked in at the airport, you wouldn't know which of 22 cities you would be visiting. To some folks this might have sounded like a nightmare, but to me this seemed extremely exciting.

A month before we left, I presented the full spectrum of possibilities to Jason:

1. We could end up having an amazing weekend in New York — airfare, hotel and rental car included — for less than $200!

2. Worst-case scenario, we could end up in Tulsa.

Suitably informed of the odds, we paid our $199 and gleefully waited for fate to spin its wheel.

The day before we left, we received a hint from the airline: a weather report for our (still unnamed) destination city and a time to check in at LAX. I could have deduced the city by going online and cross-referencing the forecast with WestPac's departure schedule, but I preferred to be a good sport and live in the unknown. (Plus, this was 1996 — my internet was slow and I didn't want to use up my AOL minutes.)

On our day of departure, I was never more excited to fly — anywhere. Upon check-in at the airport, Jason and I were each handed Mystery Dossiers, envelopes labeled with our name that contained our tickets and paperwork. The time had come to receive our destination/destiny.

Our mission, should we choose to accept it, was ... Tulsa.

With a mixture of laughter and groans, we high-fived and pledged to make the best of our worst-case scenario.

Three hours of low-budget flying later, Jason and I arrived in Oklahoma, picked up our Mystery rental car, and headed to our Mystery hotel, aka the DoubleTree Downtown Tulsa. We grabbed an alternative weekly newspaper and whatever maps we could find, and over warm cookies, we plotted our weekend.

We then proceeded to have a blast. Turns out, Tulsa had blues bars, universities and even a Waffle House with an all-you-can-eat menu. You know: culture!

Also, Oklahoma was (and I believe still is) located in America's heartland, which afforded us an unexpected travel opportunity. I had long held the dream of visiting all fifty states and Tulsa was barely 100 miles from two I still needed in my collection. Even cooler, with two of Oklahoma's tripoint borders nearby, we could visit four US states in the course of an hour.

With stops at weird abandoned gas stations, photos at crazy church signs and unexpectedly delicious breakfasts, the weekend flew by and soon we were back at the airport for our flight home.

Checking in at the counter, I found myself feeling a strange mix of emotions: grateful for good times with my friend, glad to be going home to my bed and yet oddly disappointed that I knew where I was headed. At the gate, I looked at the board behind the agent, held my hand up to cover the words “Los Angeles” and wondered what mysteries might lie ahead.

Ever taken off on a trip without any idea where you were going? We'd love to know where you ended up, so please share in the comments below!