Things To Do Before Big Changes on March 31 - US Airways, Southwest and More 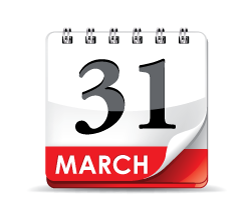 Things To Do Before Big Changes on March 31 - US Airways, Southwest and More
This post contains references to products from one or more of our advertisers. We may receive compensation when you click on links to those products. Terms apply to the offers listed on this page. For an explanation of our Advertising Policy, visit this page.

This time of year, it's Tax Day that usually marks the biggest moment of reckoning, but 2014 is a strange one with plenty of changes set to go into effect in the airline industry come March 31. So with one week left to go, we wanted to remind you of what's coming down the pike and what you can do to prepare.

One of the biggest changes that will take place on that fateful day is the transition of US Airways from Star Alliance to Oneworld as part of the airline's merger with American Airlines. So there is less than a week left to book most Star Alliance awards using your US Airways miles. That's significant because thanks to United's recent award chart devaluation, US Airways miles are a far better way to book Star Alliance awards while you still can. Especially given US Airways' amazing award chart sweet spots which I’ve highlighted numerous times before. Personally, I’ve booked 110,000-mile business class roundtrips to South Africa and the South Pacific including Australia, and 140,000-mile first class trips to Australia. One of my other favorite spots on the award chart is 90,000 miles roundtrip in business class to North Asia, which includes Japan, China, Hong Kong and South Korea, and which you can route through Europe with a stopover, giving you the opportunity to enjoy two trips for the price of one.

It also means you can score some amazing-value redemptions on new partners like Cathay Pacific and maybe even Qantas - though award availability is always extremely tight on them - at US Airways' levels, which beat American's in many instances including the ones mentioned above.

That award chart should remain in place for the near future until American AAdvantage and US Airways Dividend Miles are able to merge more closely, at which point it's expected that US Airways' chart will be aligned with the current AAdvantage chart...or perhaps both are transitioned to a new chart with new redemption levels, but that would still be a ways off.

It came out last week that US Airways will retain some Star Alliance partners after its exit date: Aegean, Air China, Air New Zealand,, Avianca, Ethiopian Airlines, EVA, Shenzhen Airlines, Singapore Airlines, South African Airways, TAM, TAP and Turkish Airlines. So after March 31, not only will you be able to book Oneworld awards on all the member airlines, but you'll still be able to book awards on these 12 Star Alliance airlines (well, soon to be 11 because of TAM - see below) as well. That will US Airways a full 25 major airline partners on which to book awards, which is pretty great news - especially if you were hoping to get to Asia on EVA, to Turkey and beyond on Turkish, or to South Africa on South African Airways (which I might just have to do myself!).

If any of those are interesting to you or likely to be part of your near-future travel plans, you could always consider buying US Airways miles as part of its 25-100% targeted promo (which ends Wednesday) and using them to book your awards by or before March 30 on the Star Alliance partners who will no longer be partners with US Airways, or after March 31 on US Airways' new Oneworld partners.

For more information on US Airways and these changes, check out the following posts:

Along with US Airways, Oneworld is gaining another major new airline partner in TAM. Though the airline is merging with LAN to create LATAM, it's still pretty much it's own entity and will be the fifth-largest airline in terms of daily flights in the alliance once it joins.

TAM is Brazil’s biggest carrier, carrying over 51 million passengers annually, and operating nearly 900 daily departures to 55 destinations in 16 countries in Latin America, the US and Europe with its fleet of 152 aircraft. It will add 35 destinations to the Oneworld map (currently Oneworld serves on 7 Brazilian destinations, but this brings it up to 42).

American Airlines also launched a new daily flight from Los Angeles to Sao Paulo in December (and you can earn up to 15,000 bonus miles by flying it) and has plans to add a route from Chicago, so Oneworld is going to be a more and more formidable force in Brazil and Latin America in general thanks to TAM's route network joining LAN's already extensive service.

Now for the big piece of negative news. March 31 also marks the date that Southwest Rapid Rewards Wanna Get Away fares will require 70 points per dollar instead of 60 points per dollar when you redeem them. So instead of getting about 1.67 cents per dollar for your Rapid Rewards points, you'll get a value of just 1.4 cents per point - a devaluation of about 14%. While it's not the end of the world - your return on spending on Wanna Get Away fares is basically dropping from 10% to 8%, it's never good news when you're losing out on value.

So I would suggest booking any potential award tickets before March 31 to lock them in at the current better rate. That's especially true because Southwest won't charge you award booking fees or cancellation fees (as long as you're not a no-show). So I might check out Southwest's sunny new Caribbean destinations since the schedule was just extended through October and you might want to lock in your tickets now.

If you need to top up your account, remember that Southwest is a 1:1 transfer partner of Chase Ultimate Rewards, so if you have the Ink Plus, Ink Bold or Sapphire Preferred cards, you can transfer those points to your Southwest Rapid Rewards account – and I’d suggest doing so before the devaluation so you can lock in awards at the better rate.

Another more complicated, but potentially valuable, workaround is to convert Southwest Rapid Rewards points into the old Southwest credits via AirTran credits and redeem them that way.

You can do so here, but to explain how it breaks down:

The current break even point, where it makes more sense to use old credits instead of new Rapid Rewards points is if there is Standard Award availability on roundtrip airfares of $320 or higher since Wanna Get Away fares require 60 Rapid Rewards points per $1 in base fare. After March 31, the break even point will be $275 (at 70 Rapid Rewards points per $1) – so any roundtrip flight with award availability that would cost more than that is probably better as an old Southwest credit redemption. Now, there’s been no news on whether this conversion rate will change, but for now this looks like a viable option.

It is a bit harder to search for Standard Award Availability that are the kind you can use those old Southwest credits on, and the values of these fares seem to be calibrated on itineraries that are close to or at parity with the value you’d get from your Rapid Rewards points instead of old Credits, but in certain instances, you can save thousands of points. You can read more about the process in this post.

For more information, see these posts:

Way back in 2010, American and JetBlue announced a limited partnership on some routes to/from New York JFK and Boston Logan where you could earn miles on either airline while flying either airline. The JetBlue routes were mostly in the Northeast, while American allowed you to earn JetBlue miles on various routes including to Paris, London and Tokyo.

However, earlier this month, the airlines announced on their partner page that this reciprocal earning agreement would come to an end April 1, so March 31 is the last day to earn on either according to the old rules.

Chances are the partnership ended as part of American's merger with US Airways thanks to that airline's strong Northeast route network and shuttle flights, but perhaps we'll see JetBlue enlist some other exciting partners in the near future as well as it expands its transcontinental service and offerings and continues to be a competitive force.

New partnerships being formed, old ones ending, shifting alliances and points devaluations - there is a lot to consider in the coming days both in terms of your overall mileage strategy and the best ways to maximize your miles and points before or after many of these changes go into effect.

Feel free to share your own thoughts and questions in the comments below.
[card card-name='Ink Plus® Business Credit Card' card-id='22129636' type='javascript' bullet-id='1']