Tips For Exploring Frankfurt Airport On A Layover 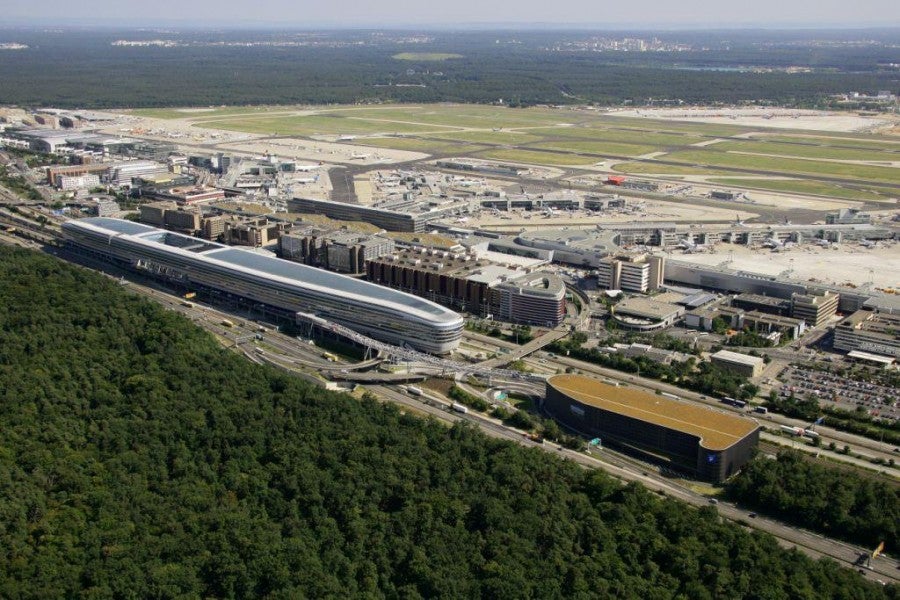 Tips For Exploring Frankfurt Airport On A Layover
This post contains references to products from one or more of our advertisers. We may receive compensation when you click on links to those products. Terms apply to the offers listed on this page. For an explanation of our Advertising Policy, visit this page.

Earlier this week, TPG Contributor Jason Steele walked us through Tips for Booking Lufthansa First Class Award Tickets and Tips for Flying With Kids in First Class. Today he shares his tips on what to do during a layover in Frankfurt, Lufthansa's main hub and a major transfer point in Europe, especially for Star Alliance flyers. Here are his tips on things to do in the airport and during a quick trip into the nearby city.

Frankfurt is an important business city, but it is not an especially popular tourist destination. But what few travelers may realize is that the Frankfurt airport is actually one piece of an enormous complex that includes malls, hotels, offices, train stations, and even supermarkets. In fact, there is so much to see and do in the Frankfurt airport, that travelers might consider purposely extending their layovers to explore it.

In 2012, the Frankfurt airport saw over 57 million passengers, making it the 11th busiest in the world. To put this in perspective, it handled slightly more than Denver, but not quite as many as Dallas-Fort Worth. Yet the Frankfurt Airport couldn't be more different than these vast American airfields built far from the cities they serve.

The Frankfurt Airport has two main terminals that are connected airside (within security). Terminal 1 is used by Lufthansa, its Star Alliance partners, and several unaffiliated carriers.. Terminal 2 is used by primarily Oneworld and SkyTeam carriers as well as the German carrier TUIfly. The terminals are also connected by a SkyLine people mover system that is free of charge.

While many American airports offer little more than ground transportation outside of the security area, the Frankfurt airport opens up into an enormous business, transportation, and shopping center.

Just below street level outside of Terminal 1, travelers will find themselves in the Airport City Mall which includes the services you might expect to find in an airport such as a car rental center, banks, restaurants, and newsstands. Yet I was surprised to discover many other businesses here including a hair salon, dry cleaners, upscale clothing and jewelry retailers, and even a grocery store! Personally, I enjoyed this Lego model of an A380.

A pedestrian bridge connects Terminal 1 to a large train station where you can connect to the city's commuter rail service or to one of Germany's high speed ICE (Inter-City Express) trains. The S-Bahn commuter rail lines depart about every 15 minutes for a 15-minute ride to the Frankfurt Central Station.

Adjoining the train station and Terminal 1 is the Sheraton Frankfurt Airport Hotel and conference center. This is an SPG category 4 hotel requiring 10,000 points per night with over 1,000 rooms and suites. On a recent stay, I found it to be exceptionally quiet, clean, and convenient, the essential qualities of an airport hotel. The hotel is also adjacent to the Frankfurt Airport Centers 1 and 2 which are home to office space and conference facilities.

Proceed beyond the entrance to the train station, and you will find yourself in a remarkable complex called The Squaire (meaning Square + Air), which was built on top of the existing train station and opened in 2011. At six stories high and over seven American football fields in length, this futuristic looking structure is actually the largest office building in Germany. For travelers, this building is more than just an office building; it contains stores, restaurants, hotels, and yet another grocery store.

Looking for some authentic German food rather than eat the fast food found in the terminal, I was given a recommendation to visit the Paulaner Restaurant which specializes in Bavarian cuisine. I can't comment on its authenticity, but I enjoyed a dish called jagerschnitzel, which is breaded pork escalope, served with mushrooms in cream, buttered Swabian noodles and small salad for 13.50 EUR. Many of the other restaurants in the Squaire seemed offer a more traditional dining experience and a decidedly more relaxed atmosphere than what is offered in the terminals.

In addition, there are two hotels in the Squaire, a Hilton and a Hilton Garden Inn. The Hilton Frankfurt Airport is a HHonors category 8 hotel (40,000 to 80,000 points per night) that features a 24 hour fitness center and a business center.

The Hilton Garden Inn is a category 6 hotel (30,000 - 50,000 points per night) that also offers a fitness room and several other business services.

Activities in the Airport

If you have a few hours and are tired of waiting in a lounge (or don't have lounge access), I would strongly recommend exploring the entire airport complex. Go shopping, treat yourself to a nice meal, or just peruse some unique treats that are to be found in a foreign grocery store. Everything I have described is reachable from the terminals by indoor pedestrian passageways.

Another option is to take an airport tour. Frankfurt is the only international airport that I am aware of that offers travelers daily tours of the facility, including field operations where you can gaze at all of the jumbo jets. There are several tours available including a 45-minute "mini-tour", a 90-minute "maxi-tour," a 120-minute night/sunset tour, and even a 105-minute fire department tour. Prices start at 8 Euro for adults on the mini-tour, reduced prices are available for children and families, and children under six are free. There is also an observation deck available as well. Tickets and information are available at a kiosk in the Airport City Mall, and this brochure has all the details.

As amazing as it is, travelers who want to get out of the airport can easily take the train to the center of Frankfurt. I recommend visiting Fressgrass district, which is a pedestrian area between Opernplatz and Börsenstraße which is officially called ‘Große Bockenheimer Straße’. Fressgrass translates roughly to "Eat Street" and is a great place to indulge in German cuisine. And of course, tourists flock to the medieval-style Romer town square. Although rebuilt after its destruction during the Second World War, it is a picturesque representation of what once was. If weather permits, visitors can take a stroll along the Rhine river on the popular pedestrian path.

Finally, travelers can rent a car and exploring the surrounding region. When doing so, an incredibly fun and affordable option is renting a Porsche for an afternoon, an experience I will explore in the final article in this series. For more details on Frankfurt itself and sights in surrounding towns like Mainz and Ruedesheim, stay tuned for a future Destination of the Week on the city.
[card card-name='Ink Plus® Business Credit Card' card-id='22129636' type='javascript' bullet-id='1']

Featured image by Frankfurt's airport is a major transit hub.